the house of good intentions 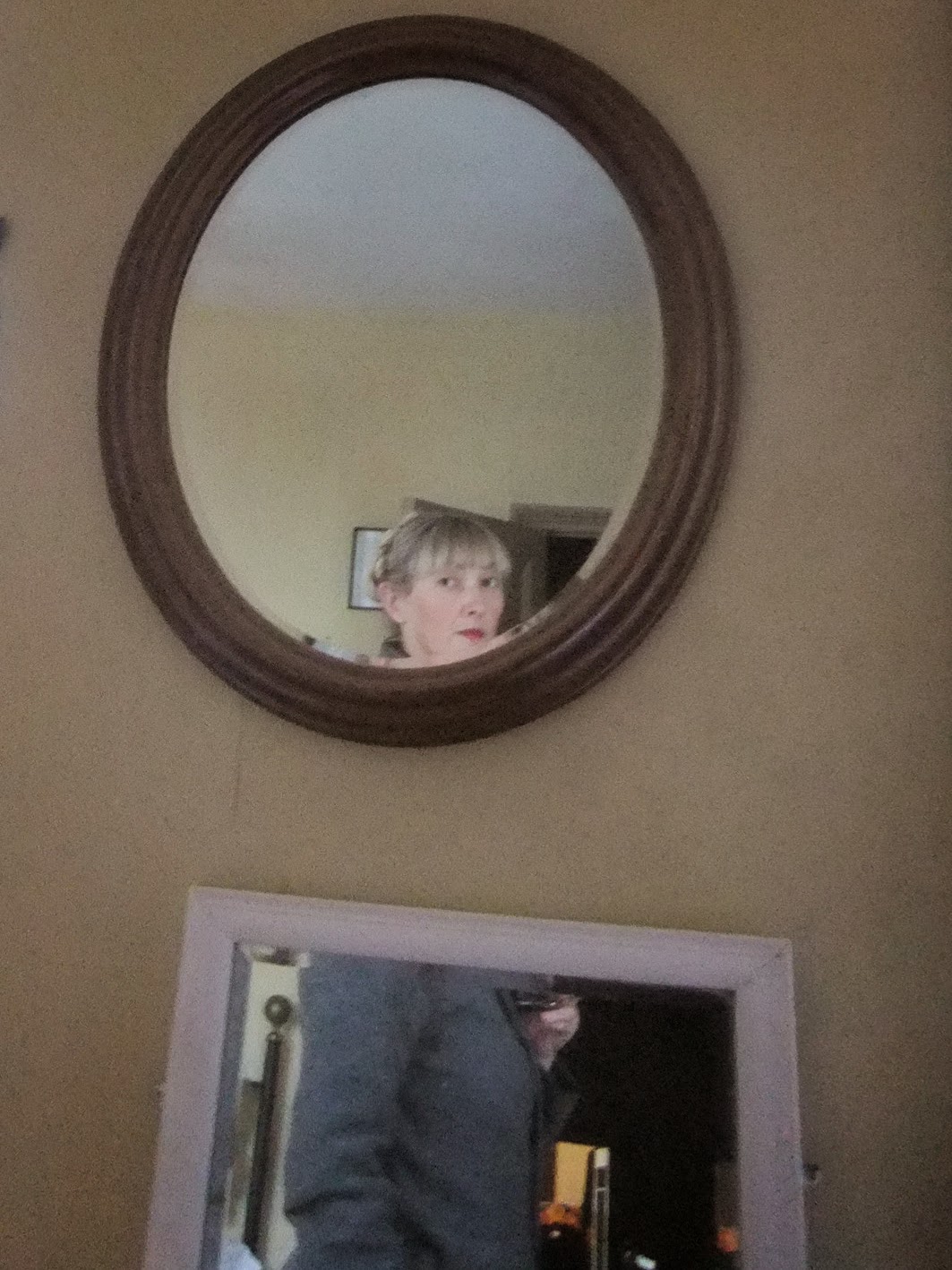 In the house of good intentions mirrors lean against walls waiting to be painted and given a permanent home. A collection of window blinds is propped against a dresser while naked bodies flit swiftly in the half-light lest passers-by should look up rather than down at the uneven pavements. Receipts are carelessly bundled in bulldog clips waiting for monies to be claimed for the not inconsiderable expenses incurred providing tens, possibly scores, of cakes to cake stalls. Elsewhere, a canvas laundry bag lies collapsed in its stand as it overflows with clothes awaiting minor adjustments - a zip here, a hem there, a tweaking of princess seams, a toe to be darned.

In the house of good intentions odd buttons collect in saucers and candle holders waiting to be sewn on to dresses and shirts. Dress patterns are tucked into cloth bags waiting to be laid out on the table once it is cleared of unread sections of the weekend newspapers or the long read. Unaired shirts are strewn over wooden frames until, too late, they become bone dry and too creased to smooth easily. Inside cupboards, balls of wool are tucked into ziplock bags for so long that the plans that prompted their purchase are entirely mislaid or forgotten. 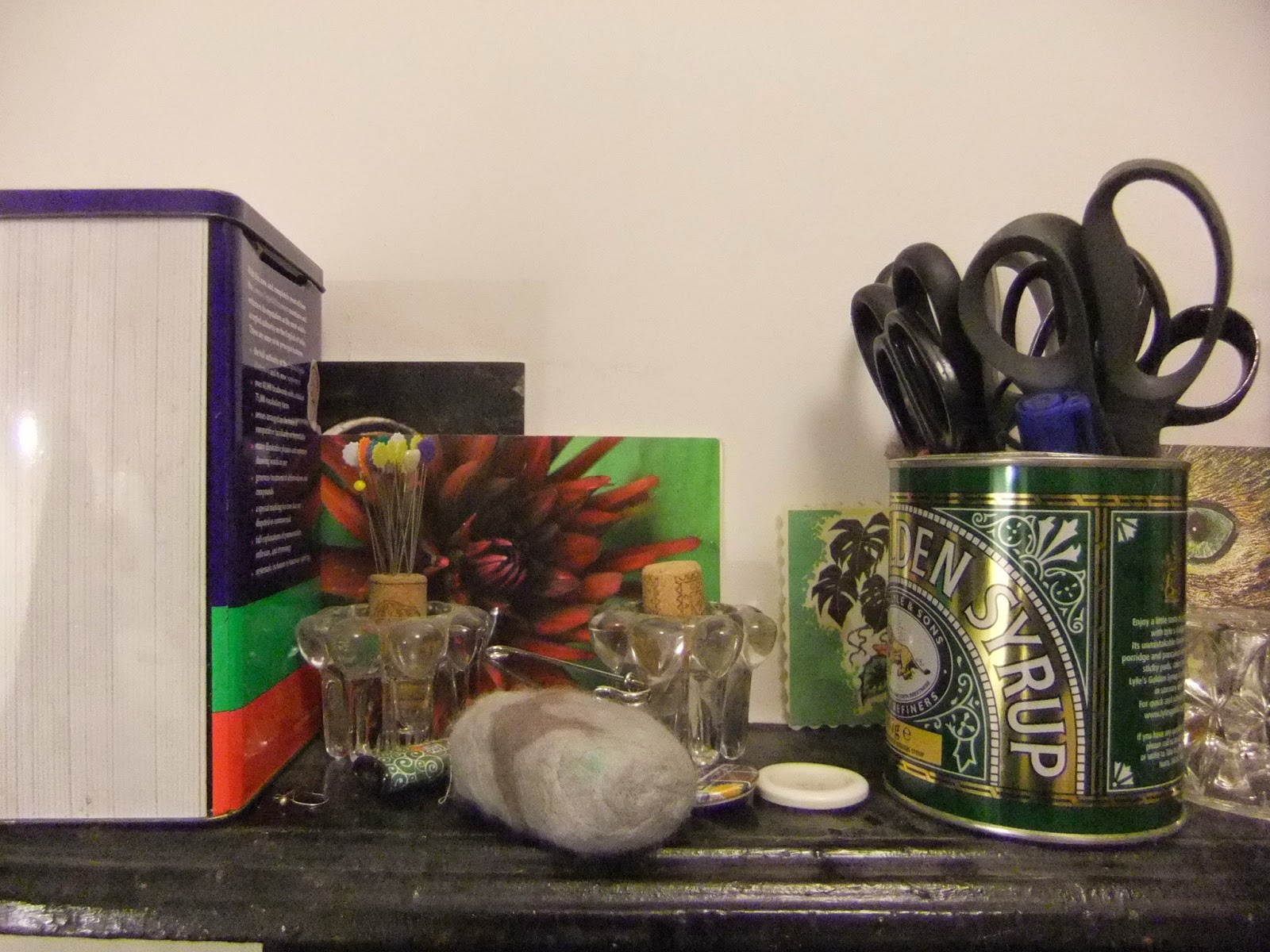 In the house of good intentions, unused seeds are poked into a tin at the bottom of the kitchen dresser until they are sorted in the spring when someone suddenly realises that it's warm enough to sow squashes or whatever.  On the top shelf of the kitchen cupboard, just above the section of cookery books that are used once or twice a year, a pile of yellowing clippings is poked inside a scrap book waiting to be sorted and glued while the kitchen range houses a stack of limp giveaway magazines awaiting their turn for the chop.

In the house of good intentions, flip chart paper is rolled and labelled, and booklets and pens tumble out of scrappy cardboard boxes until the imminent arrival of the school holidays signals the end of another round of entirely satisfying but tiring and time consuming volunteering. Someone drops hints about the hand-sewn Grayson Perry handkerchief he's still waiting for, and another wonders whether a pair of trousers can be mended.

While all this was going on, things were rather different outside the house of good intentions. Summer lingered on and on until the leaves finally started dropping from exhaustion after lighting up the streets and parks and fields night and day. Snails multiplied and got fat on brassicas in the balmy afternoons, the ivy flowers enticed bees in the sunshine, and exhausted blackbirds and robins sang confusedly. Nearly a million poppies appeared at the Tower and a woodcock (! yes, in Mile End) waited lazily in the road as I came home from seeing them at dawn. 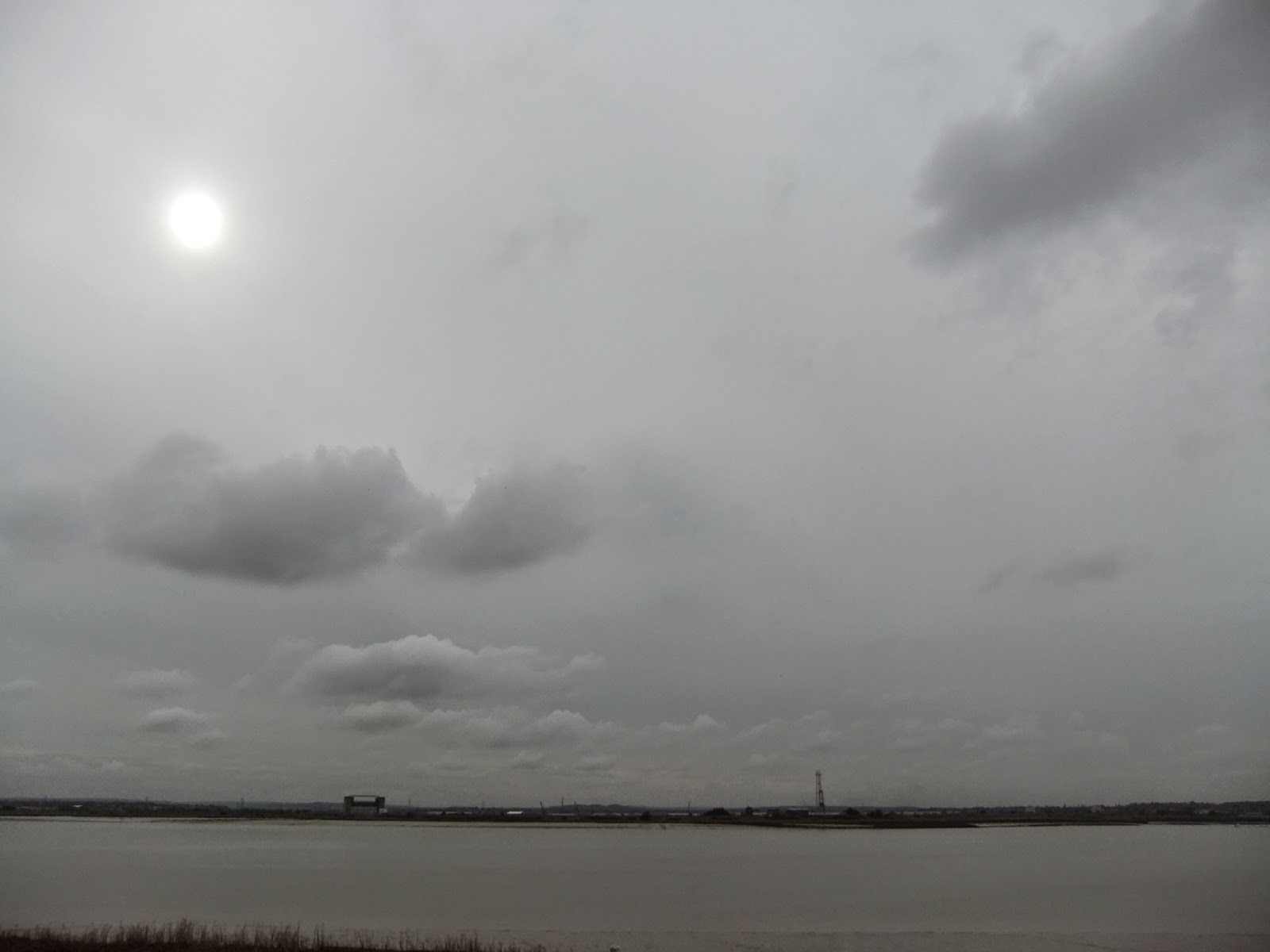 Constable's clouds fed an obsession with the sky, Mr Turner made me long for more and light and marshes and sea. Good intentions sent me off at dawn to walk through the streets, the park, along the canal, before breakfast. I discovered solitary men tucked away in quiet corners, packing away their space blankets into rucksacks, a woman in a remote and misty corner of the park standing along and singing aloud until she'd got it right, then walking off briskly.  I was captivated by the morning light from the Green Bridge, turned round, tripped into a hole and hobbled home with a sprained ankle.

We went to Sweden and found huge skies alive with red kites and buzzards, tidy plains and houses, a lazy sea. Back home, we bought apples and pears at Brogdale's Apple Day, then more and more again, stored potatoes of all shapes and colours, relished beetroot soup and sourdough. 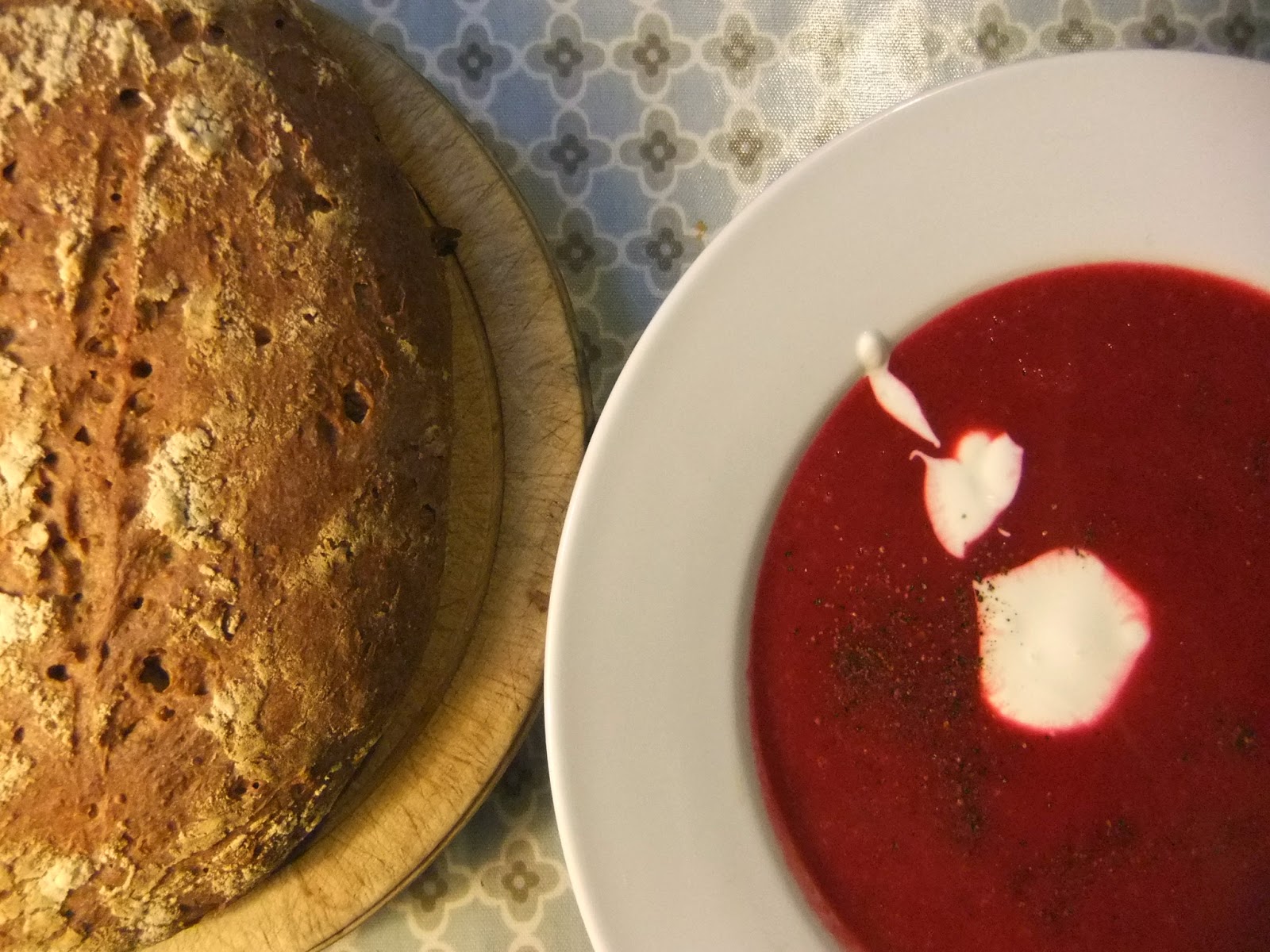 We watched the re-shaping of Wallasea Island being raised with Crossrail-excavated London clay, sand and gravel, brought by ship and by Hell Drivers across the land . And we discovered Oare Marshes, then Rye Harbour.

We walked and walked while the weather was on our side and once the clocks turned back and the nights drew in we took advantage of good coffee and films at our local indie cinema, a good book, a good talk, inspiring learning opportunities.

Back at the house of good intentions, the dust has shifted, the fire is laid, the list of good intentions has been mentally audited; some have been laid to rest. New good intentions are creeping in: today I'm thinking of a woolen plaid something after seeing The Homesman. And a blog post has at long last been written (with special thanks to Denise for her very kind prompt: yes, busy in a good way.)

It's good to know I'm not alone.

Utterly gorgeous piece of writing. Lovely to see you back. And yes, I also live in the house of good intentions. :-)

Good intentions need regular auditing. They are as ubiquitous as decorating dust around here and life's too short. Viva Sweden and Oare Marches.

Good to see you back.I love the beautiful way you write. Good intentions can wait. It sounds like you have had a great couple of months.

Glad I came to your blog today. Perfect with a cup of tea and backforest cake. Most enjoyable to read.

Beautifully put, but reminds me that the dust really must be removed before Christmas, and I must do something with the wool I bought for a jumper for my then 3 year old son before said son has children of his own.

I love your picture of Rye Harbour and time in Sweden (we spent part of the summer there) is very special. Sounds like a good year.

So very familiar, the intentions bit that is. Mr Turner I've yet to meet, and can't wait!

I love the good intentions it made me smile...sometimes life seems like a sequence of random tumbles from one chaotic moment to another... I too have good intentions ..that is when I can remember what they are lol

Hello Colleen. Thank you for dropping by. Yes I have read the Tove Jansson books now - we searched for them in the English bookshop in Stockholm, but found them in the very well curated second-hand bookshop in the next village to ours in Suffolk, straight after our return from Sweden. They are very unusual and evocative. I still have her moomin books from my sons' childhood too.