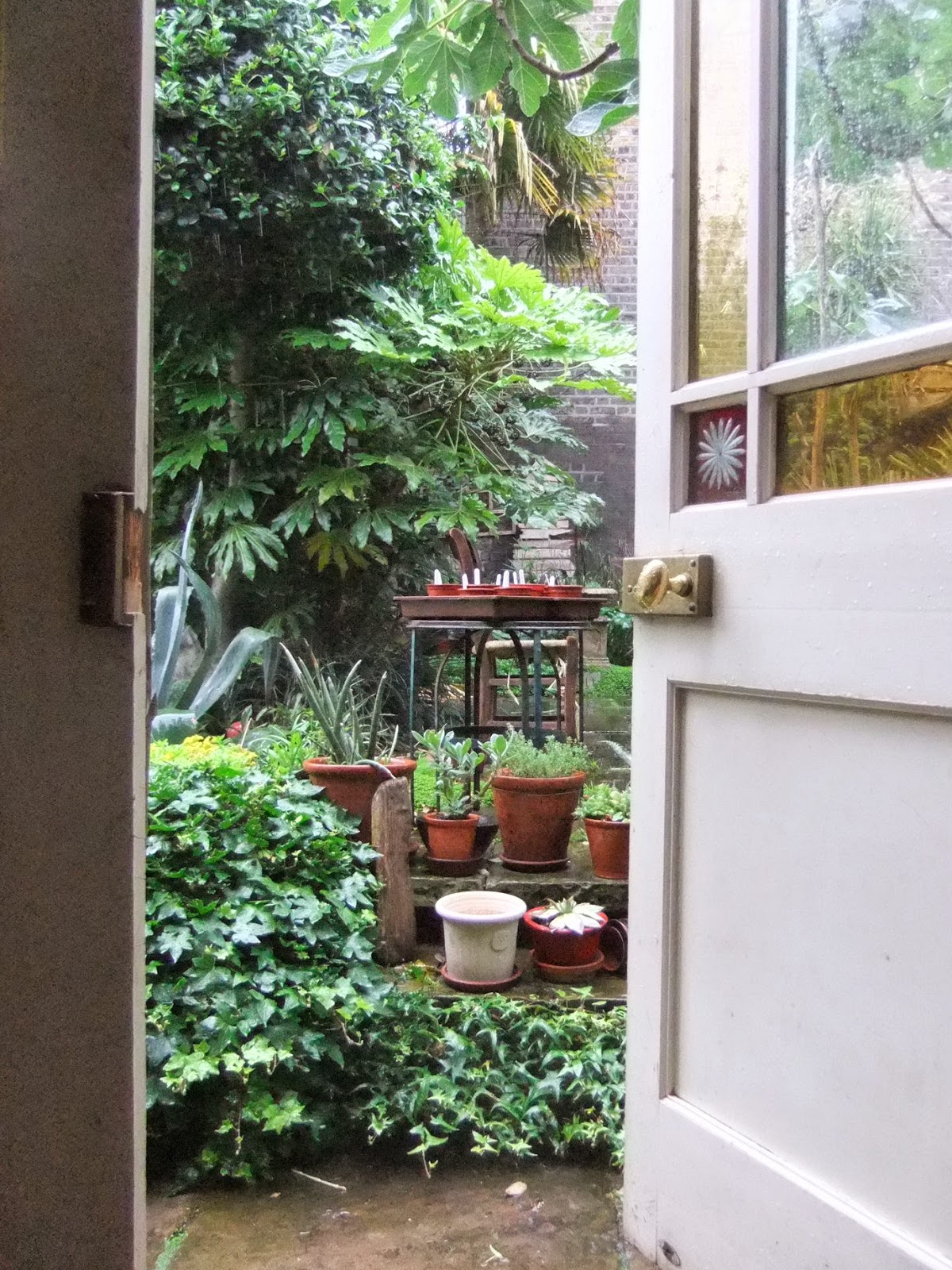 We've had a run of lovely fine weather these last few days and, perversely, it's been a bit of a strain. Firstly because there always seems to be an obligation to be out and about when it's fine, at least in my mind; I put that down to having to catch up after working indoors for too many years. But secondly, and more currently, because the blackbirds have built a nest in our holly tree. Maybe it's because each of our three cats are black that the birds hadn't cottoned on to the fact that there were three potential killers around. So it has been totally nerve wracking  with the constant and exhausting alarm call of the male bird each time one of the cats goes out, adding to his burden of having to find food for the nestlings. Apart from some initial curiosity, including a half hearted and failed attempt to climb into the holly tree by one cat (ha, ha! it wasn't a bad choice on that score then), the cats have ignored the racket. The Mitten Cat continued to pursue her inexorable search for the perfect warm spot in the garden, mostly on next door's polished black granite slabs, and the Fluffy one just stretched out on the baked asphalt roofing of the other side's garage, as per usual. The little cat just slept indoors all day, recovering I think from a luffing by the look of her eye. None of this stopped the blackbird getting into a parental frenzy that put my nerves on edge so much that I had to seize the creatures and lock them indoors to be driven mad instead by their mewling to be released.

Just listening to the rain this morning has been, then, an interlude of great peace. It's stopped now, and so I think have the alarm calls. The fledgelings must have moved on to a neighbouring space.

I sympathise, although in our case the threat has come from woodpeckers. Exhausting isn't it. If there is a nest in the garden I feel so responsible somehow..

It's all about the magpies here (I seem to be constantly saluting). Noisy panic stations when Boo found a fledgeling in a shrubbery but he just gazed at it. Rain here, too, which I'm rather enjoying.

I was only thinking yesterday how my normally tranquil and restorative walk in the nearby woods has taken on quite a different flavour this last week or so. I think every other tree must contain a nest - every time I go down there a great cacophony of alarm calls rises up. Yesterday I virtually tripped over a blackbird that was hopping around my feet, presumably trying to decoy me away from its young.

We have a sparrow that does one note, all day every day. I don't think it is scared or our cat though, it just loves shouting its note.

I love rain, I'm a proper pluviophile, but I do wonder if that's because rainy days can be guilt free when it comes to cosy indoor pursuits. Of course too many rainy days isa whole other story.

Thankfully the only birds we have nesting this year are robins ... the whippets are not too bothered about them for some reason. Last year's blackbirds did not get such an easy ride.

We had a blackbird's nest in our garden, but sadly a cat or squirrel must have attacked it as we found a broken egg on the ground and since then the nest has been deserted despite there being eggs still inside. :(

Oh, the torment of shrieking birds/whingeing cats. So familiar.... Blackbirds aren't the smartest birds when it comes to choosing nest sites either.

I have just found your blog and I love the garden door photo, we had just the same red and white stained glass insert in a door in our house in Edinburgh . Thank you for taking the time to write such a lovely blog.