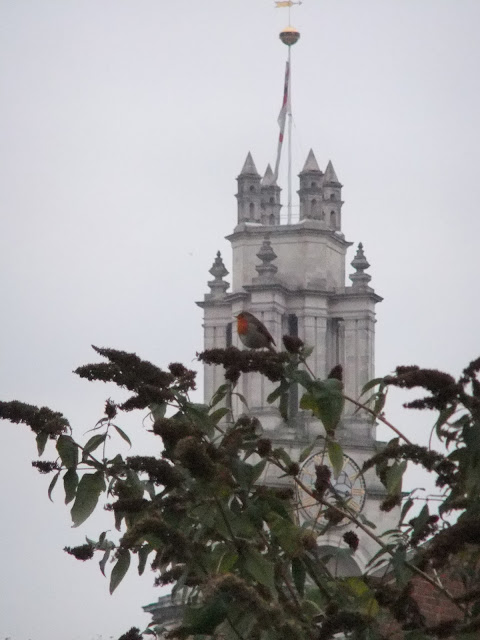 He was singing right at the back of the Lidl car park. I couldn't work out where the sound was coming from at first, then tracked it to a scuzzy corner, discarded beer cans scattered on the ground along with the other detritus. A large buddleia was growing in a small share of land between the car park and a new building, and there he was as high as he could get, and he didn't stop singing until I got a little bit too close. 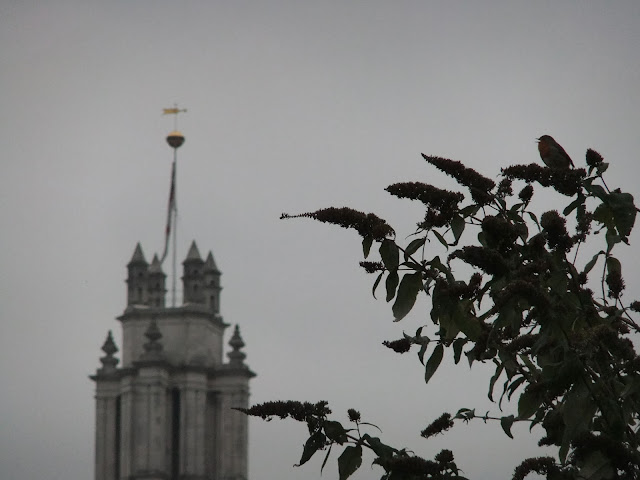 It was a competition of sorts I soon realised, because in the lull I could hear the other robins on the other side of the canal singing along.

Don't be fooled by the background - that car park is a bit of a dump but the music is still sublime.
at 23:42

Yes I agree! Robins are so cheery and cheeky.

Great photo! They always fly away when I try and do that.

For a second there I thought you were somewhere in eastern Europe. Love how you captured him mid song in that second picture.

Ha, ha - it was in the east, but Limehouse, rather than Leningrad.