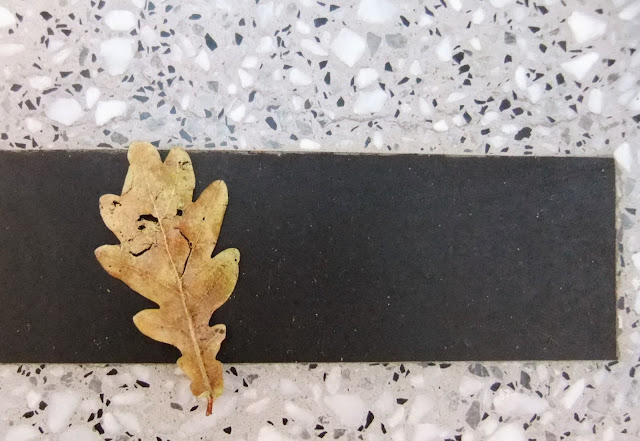 On our way out of the Maritime Museum, we came across a small golden oak leaf on the stairs, brought in somehow from the park outside. It was so delicate, it's a wonder it survived at all under the heft of people passing up and down.

Back outside, the leaves had almost disappeared from the trees and even though the sky was grey there was a hazy goldenness about the place.   We walked up the hill by one path and down by another, then out into the street again. It was cool rather than cold, but it was the light that gave it away, a definite sense of change. December, I think.
at 20:33

I love how you found beauty and simplicity amidst all the hustle and bustle. It made me smile.

Oh how lovely - does this mean another rus in urbis Advent calendar? I love it when you do that.