heat and dust and extraordinary things 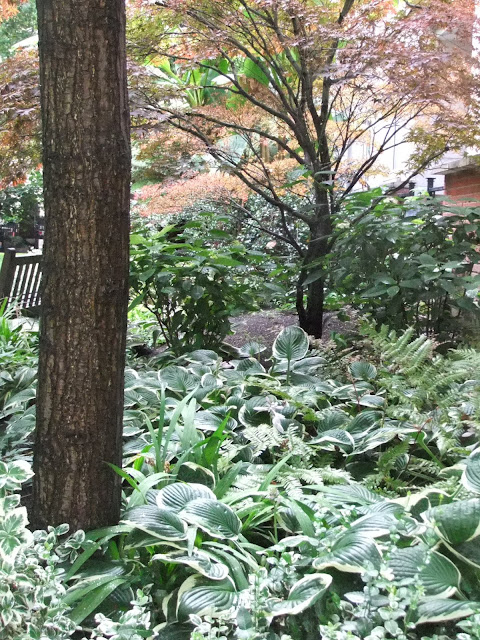 The debris in the garden next door rather has put me in mind me of childhood summers when we would run around on the still-remaining bombed ruins pretending we were  cowboys, and indians, holding on to the belts of each others frocks to use them as reins. Even on the cultivated areas of grass, there were always bricks about which could be used to bang in pegs and stakes made from discarded chestnut fencing for the tents we would make from old curtains. There may have been fires, although that was mostly boy stuff.

So it goes on, the heat and dust. I am collecting bits of brick and stone and lining them up on my railings, my own installation to countdown to the end of August when the building work next door is due to be completed. Meanwhile, I am out of the house most of the time - it's just like being a child again - though nowadays more time is spent in the shade. Those city streets that I used to find so very dark and grim provide some welcome refuge. On the way to visit an aunt in hospital, I walked through Postman's Park, deeply wedged between buildings off St Martins-Le Grand, a cooling sanctuary where you can visit the memorial plaques commemorating acts of bravery, the perfect place to commemorate ordinary people doing extraordinary things, including the too young and brave Mr Onslow. 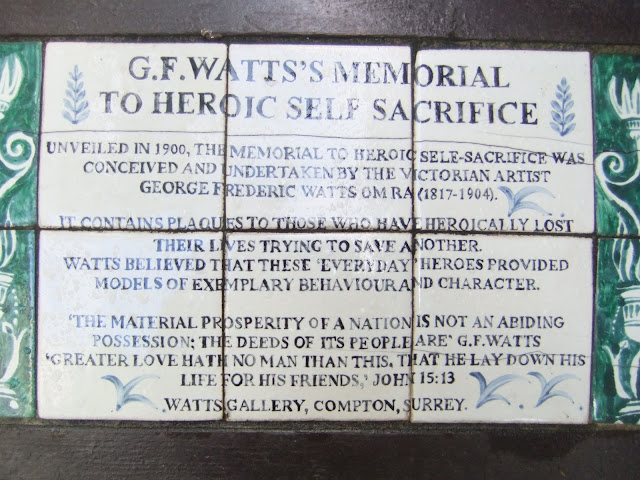 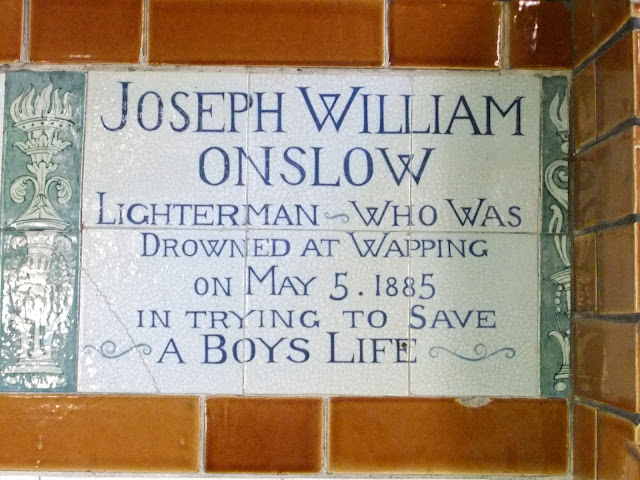 Outings here have been less dramatic. But I have been thinking of estuaries and rivers, trees and gardens, wonderful aunts, cakes and cafes and local shops, gluts and what to do with them, and getting older with each passing day.

We can come back to those another day because the temperature is rising, the banging has started and it's time to get out of the house.

My sympathy for the endless dust and banging at your neighbours.

I'd forgotten all about that. You have just opened the door to so many childhood memories.

It was roasting here yesterday and overnight, the humidity is incredible! We used to play horses a lot, and make showjumping courses with scoring and the lot. I was very into horses most of my life!

I've read about Postman's Park before in an article about London's hidden gardens. I thought then what a lovely place it would be to visit, so thanks for the reminder. It's going on the list of places to visit next time we go to London!

Lost childhood - do children ever play cowboys and indians any more? Or make dens, even? Not that I've noticed.
I love the heroic remembrance tiles.

What a wonderful memorial.

I do hope the disruption of 'the works' is over soon!

Ah yes, playing out until very late in those summers long past. There were no gardens, just streets of terraced houses where I grew up. We used to collect bits of wood to play with from my friend's grandad's workshop round the corner from our own shop. It was where he kept his horse, too. Many years later my dad told me that that grandad was the local undertaker and the bits of wood he gave us were offcuts from the coffins he made. As for the horse... well, you can guess his part.

Not too long, then, until peace is restored (and fingers crossed there are no hiccups to delay completion).

I do sympathise over the builders next door. Our neighbours have been having work done since the first of May. It must be hell for them, but it is not great for us either.

a Memorial to Heroic Self Sacrifice; quite a concept. Beautiful tiles. I wonder what the latest one looks like.