Sent on an errand to the Mudchute allotment, I left home late, as usual.  It was a good drive down though - I got two flicked indicator thank-yous from cab drivers and a wave and a smile from a little girl in a woolly hat on a zebra crossing. This was most cheering.

I arrived just as the light was beginning to fail. Walking along the farm path, I could hear invisible robins in the trees, and those sounds that blackbirds make as they flit around lat the end of the day. A couple of horse were led by, slightly spooked by a stranger in the half-light, consoled by the stable-maid.  To the left, a large and restless ram, then a couple of llamas.  All the other animals were secured for the night.  By the time I unlocked the gate to the plots it was dusky, a slight pink glow to the south west, though the frost which must have been there all day still reflected enough light to look around the deserted plots in all their shabby messiness. 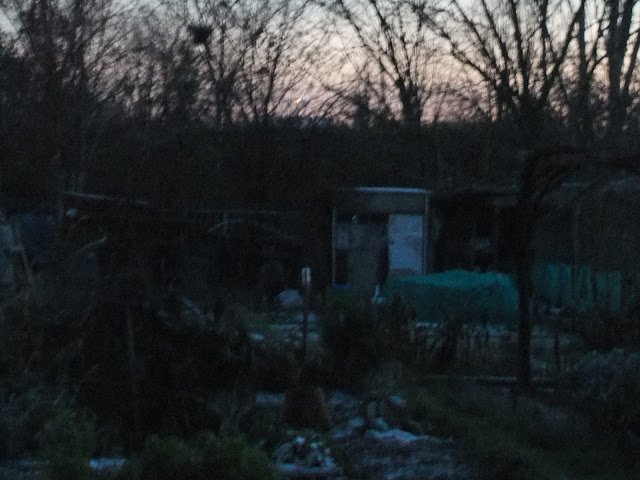 I knew the snaps I was taking would be fuzzy, but thought that was fine because that's how everything always looks to me at this time of night. I especially liked the way the neighbour's cavolo nero looked exotic under the its fleece, 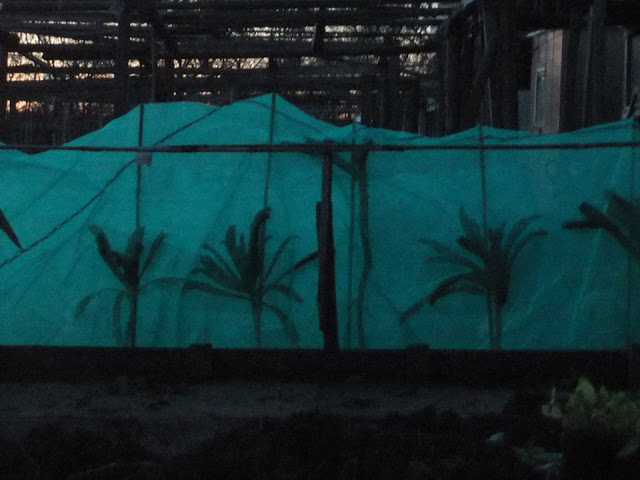 the way the tips of the vine blurred as I struggled to focus on at least one of the shoots, 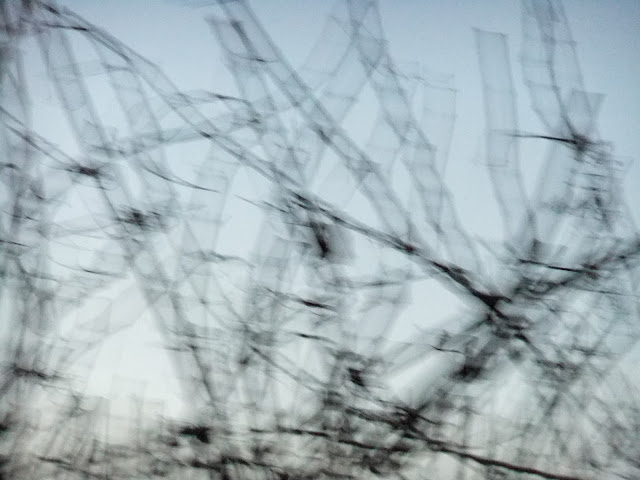 the still life quality of a leaf ... 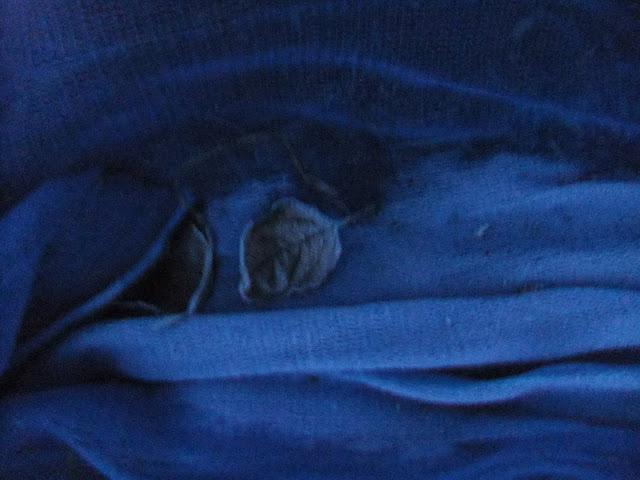 ... and a paving slab weight on a blue plastic tarp laid down on the ground to keep out the frost. 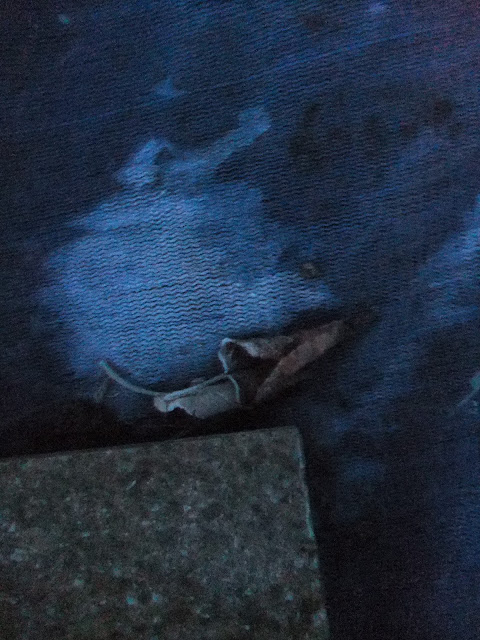 As the sun went down, the only light was coming from the buildings at Canary Wharf and I thought I better take my trolley and get off home before I got spooked too. 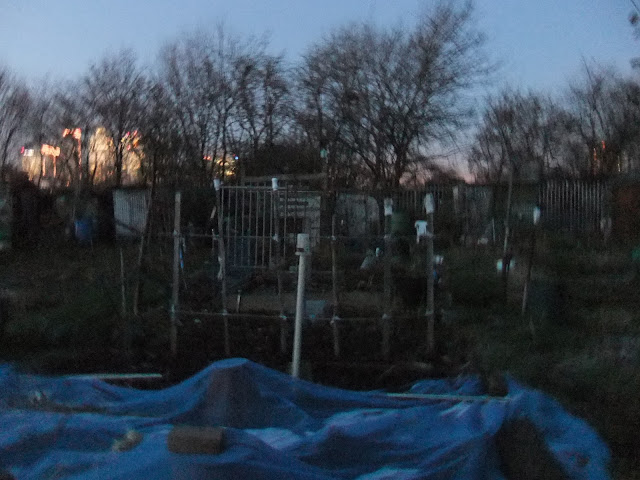 Back at home, waiting for my cocoa to heat up, John said I should put my head out of the back door to hear how cold it was.  He was right.  Almost dead quiet except for a delicate, almost imperceptible cracking sound.

I am so enjoying these advent posts. The one about the books was especially great! And now this.

I love how the coldness can be heard and with most of my outdoor recordings the season can be identified in the sounds even if I failed to file the recording carefully. But where spring and summer are full of birds and insects, autumn is full of leaves and wind and winter is full of a really active brittle silence.

I agree with Felix about the quality of the posts. I just popped in on the off-chance and here you are writing your heart out. You should be writing an observational nature book.

Lovely atmospheric shots and description I can quite 'feel' being there..love the truth of 'listening to' the cold.
Thank you