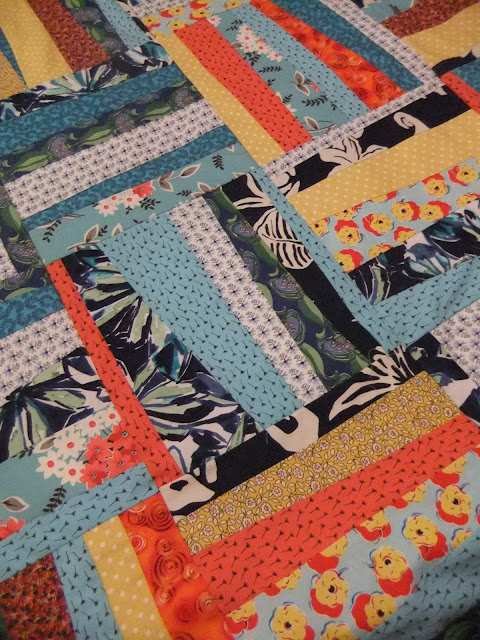 "At five o'clock in the morning I would be awakened by the clank of a full bucket being set down in the kitchen sink immediately opposite my room... And out I hurried.  But the fire was already blazing, fed with dry wood.  The milk was boiling on the blue-tiled charcoal stove.  Nearby, a bar of chocolate was melting in a little water for my breakfast, and, seated squarely in her cane armchair, my mother was grinding the fragrant coffee which she roasted herself.  The morning hours were always kind to her..."
The time came... Earthly Paradise, Colette

I have been trying to become a morning person for many years, because morning people, supposedly, get up and at it and get a lot done. The end of British Summer Time would help me, or so I thought, but it didn't, not at all.  That Sunday, the cats woke up at five, I got up, read for a while, fell back to sleep until nine and it has been a struggle since then to get out of bed.  It was the beginning of a few weeks of being totally out of kilter.

Normally I embrace the grey skies of autumn on the principle that it is no good struggling against something you can do nothing about and it's always a good time to get on with indoor stuff.  This year I have had to work at it much harder.  So I started sewing.  A few repairs here and there to start with, then, I thought I would give this free pattern a go.  Something strange happened once I started to sort out my odds and ends and cut the strips.  I kept delving back in the cupboard to find ever brighter, splashier fabrics.  It became clear that my preference for muted colours was being completely overwhelmed by a need for the sea, the sun, warmth, light.  I became totally focussed and worked on like a demon until all the strips were sewn into squares, all the squares sewn into rows, all the rows sewn into a giant square that covers the top of our king size bed.  This piece is bright, very bright. You almost need sunglasses to look at it.  It has yet to be quilted but when that is done I have no idea what will become of it.

The soon-to-be-quilt seems to have worked a little bit of magic.  This morning I woke before six, early for me, and instead of hiding beneath the covers got up and went to an early morning yoga class.  On the way home, the streets were full of golden leaves.  Now the sun is out, the washing is on the line, and I've managed to write a blog post.  Back in kilter now I hope.

The quilt-to-be looks comforting already and I love the colour combinations. Winter's definitely a 'doing' season.

Ah the power of making things! I love the colours of your quilt.

How Excellent..I totally get the thirst for light and colour!
The difference it makes can be stunning can't it..like a desperate parched plant drinking up the rain and reviving..I bet the quilt is Brilliant in all senses :0)

Perhaps our inner sunshine reservoirs are running low after such a poor summer. I too feel the need for bright colours rather than the muted autumn ones I usually love. You've inspired me to make a new quilt.

It's the lack of light I think ... we have had far fewer sunlight hours overall in the UK this year but apparently the ambient light on grey days has also averaged much lower ... so not good for the body or the soul.

The quilt is looking fabulous :D

I sympathise entirely, I get out kilter whether the clocks go back or forward. I often think I should hibernate through winter. Love your quilt, need to start one myself but I like a thoughtful build up before I start a project or do I mean protracted procrastination?

And you live in the south!! It barely gets light at all here at the moment, I just hate it that you can't take a decent photo!
Love the quilt top, it will be gorgeous (is already). Is this the start of a new obsession?

Have never managed to make such a cover - the fabrics I save tend to be of too many thicknesses and kind. Maybe I should think again if it works such energising magic. But is it not difficult to wash?

Since leaving work I've struggled to find a going to bed/getting up/getting out of pj's rhythmn that feels right for the changed circumstances. Maybe it's all part of adjusting, a rite of passage of sorts.

Your quilt is fab. Love the fabrics you've chosen.

I haven't seen a quilt I've liked so much for ages. The colours work perfectly together.

So glad you made the quilt! I like that the pattern is getting out and about.

All the best. Cassandra

What gorgeous fabrics, they would certainly bring some brightness to glum days. I also love the shapes of the pieces, uneven and yet even at the same time. Can't help agreeing with Rattling On though, the worst thing about the short days is the difficulty with photography!

I love it ... the only snag being that I'd want to stay curled up under it till elevenses .
I'm extremely envious of your sunny morning ... the bright half-hour we had last week was such a tonic !

Oh, it's LOVELY! I love how the strips are out of kilter, but come together perfectly in straight, neat blocks. It's beautiful.

I'm not a morning person either; I can completely sympathise. 6am is too early. xx