A couple of weeks ago I watched Everyday, the best drama that I have seen all year.  Filmed over a period of five years and set in rural Norfolk, it recorded how mother (Shirley Henderson) and children in the family of a prisoner lived while the father (John Sim) was in prison.  The children were played by a family of children who grew up considerably over the five year period.  There were few dramatic scenes; primarily this was a narrative of how women left at home by feckless partners manage everyday - feeding the children, getting them to school, taking them to visit their father, the tension of visiting times, the door closing on the father after every visit.  The music and the haunting Norfolk countryside marking the changing of time were enough to grip the throat, let alone the loneliness of mothering a family while your irresponsible husband is in jail.  It was quite magnificent.  All week I could not stop thinking about how people just get on with stuff, all the while hoping for a time when things will be better.  If you haven't watched it, you might still be able to catch it if you have an hour and a half to spare.  Have some tissues nearby, just in case.

None of this is a precursor to a gloomy post, quite the opposite.  Your quilty comments were delightful and uplifting, and reminded me that I wanted to share other moments of fleeting everyday pleasures that have helped to bring some brightness into this gloomy November.  Like...

:: satiating a craving for greens with sharp saladings from the allotment - mizuna, spicy rocket, the baby leaves from the last beetroot left in the ground, radichio leaves that the birds so kindly decided not to peck. 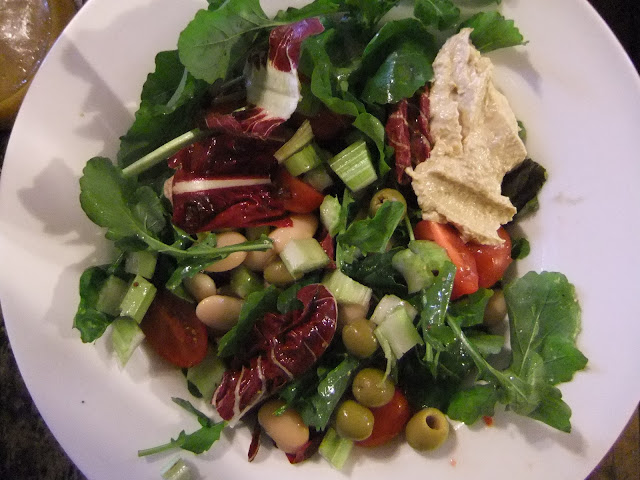 :: after many years of abstinence, finding guilty pleasure in ironing shirts, still a source of some surprise, and cutting up for patches those too worn for collar turning.  There really is a great deal of satisfaction in seeing a neatly folded pile of pristine checks and stripes.  And once I've finished off my wip quilts, I'm thinking these may go into a new one. 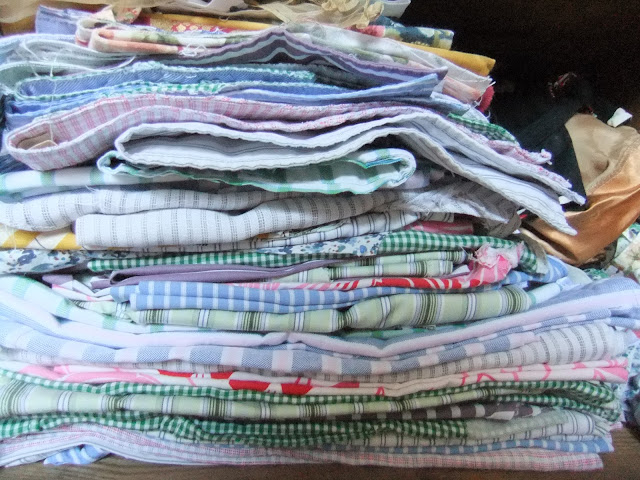 :: seeing a snipe hiding in the reeds, the delicate feathers of female gadwall, a teal arse-upwards looking for food, and a seal wallowing on a mudbank, all through a high powered telescope courtesy of the RSPB volunteers, bless them, at Rainham Marshes.  Apparently there were waxwings there the day before. I'm desperate to see one but as the likeliest location is in the berry laden bushes of the  car park at Lakeside Shopping Centre, I may very well miss out.

:: a new kettle, a red one that cheers up a cold dark corner of the kitchen.  We had a couple of weeks using our camping kettle before it arrived, very jolly whistle before breakfast, but took soooo long to boil.

:: on Monday, watching from my bath the last of the very yellow leaves on the mulberry tree blowing in the wind against a grey-mauve sky.  They've almost disappeared now. 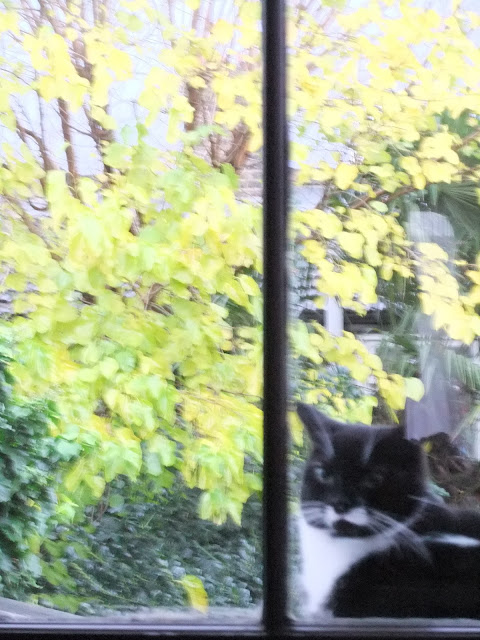 :: reading about the journey of wool from fleece to yarn and fabric on the Wovember blog.  Some great posts about the process of making yarn and lots of new words to learn.  You can even see my mum on there wearing a 1970s Burberry.  Thanks are due to Felix and Tom for all the work they have put into curating the blog in all its wondrous woolliness.  Such beautiful sheep, lambs, yarn, darning,

:: starting  to think that maybe this year a 2012 Advent Calendar is in order.

Lovely, cheering post. I am also desperate to see a waxwing of which there are apparently hundreds in Sheffield at the moment. I can understand your reluctance to visit Lakeside but don't you think it would be rather wonderful if the Lakeside car park could fill with people looking for waxwings and not actually doing any shopping?

Joanna - I understand that it is a "waxwing winter' and that they particularly like the sorts of planting around carparks. I love the idea of getting people to go to Lakeside JUST to see if they can spot waxwings eating all the berries. Maybe I can organise a char-a-banc.

We haven't seen them here yet but I'm sure we will. They gorge on the Rowan berries..European mountain ash seems to be a popular garden tree here but the berry laden trees are strangely left alone for the longest time until suddenly huge flocks of Bohemian Waxwings descend and boy do they have a noisy party :0)

Now after that nice read...for which Many thanks ! I'm off to iron his shirts.

(it was an extra long nice read as due to my natural keenness to set to work I had to read several older posts too and then of course had to read about the Chimney sweep (We do our own ...with probably less entertainment value) and the Bakewell tray bake...just the thing to add to the to-do list..gosh this is a post not a comment Sorry !!!!

I watched Everyday as well and thought it really excellent. Shirley Henderson is such an excellent actress and so convincing in this.
(I love ironing by the way, people are always shocked when I reveal this)

I'm sorry I missed the TV drama (though working for so many years as a social worker involved supporting families in a similar situation). I was at school with a girl whose father was in prison but she told everyone he was in the army and so we all went along with it.
Can honestly say, I hate ironing. Especially shirts!

That settles it . I must start getting out of town , every now and then , instead of just peering out of the kitchen window to see if any local birds have managed to avoid next door's cat .
The names ! Bohemian waxwing ... so very Eva Ibbotson . And the teal-arse !

I too watched "Everyday" and thought how beautifully it captured the characters' lives. Those walks to school............. the countryside..... the awful tight feeling in the pit of my stomach when the boy stayed out till dark...