From the top class in primary school, we looked down on the Fenchurch Street line trains, but until last week I had never gone quite to the terminus, the mysterious Shoeburyness.  It was hot and humid.  I wanted to cool down by some water and it's an easy journey from here.  Cycle to Limehouse along the canal, lug your bike up the stairs to the platform, then travel above and through the Essex marshes until you reach the outer reaches of the Thames Estuary.  Pitsea, Benfleet, Leigh on Sea, Chalkwell, Westcliff, Southend, Thorpe Bay, and then, the end of the line.  A small station, on the flat, a few warehouse based small businesses on one side and not much on the other, rows of terraced houses beyond. You can pretty much follow your nose down to the beach, fenced in Ministry of Defence land on one side and parkland on the other butting up against a narrow sand and gravel beach, packed with people squeezed into the narrow strip created by the high tide.
I can hardly say that I explored Shoeburyness after all this time.  I just wanted to see the seaside. And it was the sea, according to the map, because just at this corner, the Thames meets the North Sea.  A real ness, with real maritime plants. 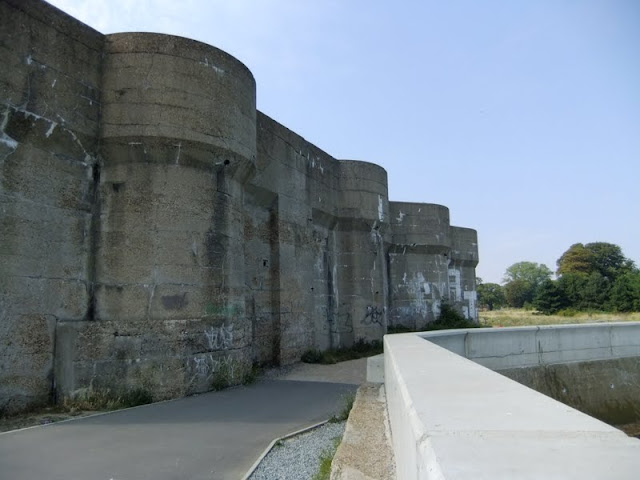 And, going west through the parkland, what I think is the Shoeburyness Heavy Quick Firing Battery. 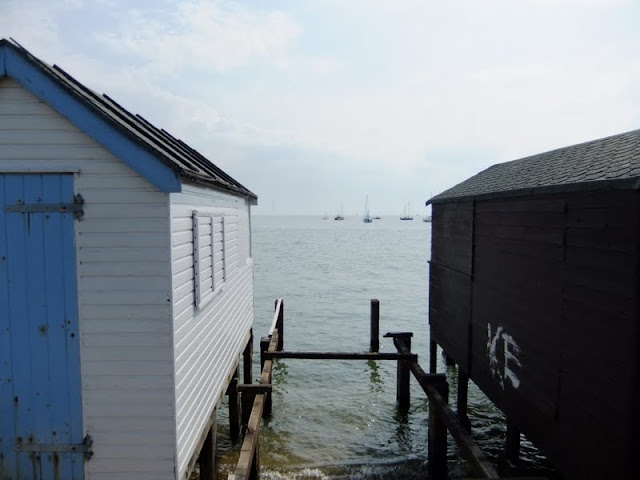 You can pretty much ride off road for most of the trip, though when you come to Thorpe Bay, land of swanky houses and infinity pools, you have to walk your bike along the esplanade if you want to see the water, or the locals enjoying lunch outside their beach huts.  Further on, Southend was heaving with coachloads of sunburnt people and some of the most interesting tattoos this side of the river.  My mum will be pleased that there is snazzy lift to take you up the high street.  Last time I came here with her and Aunt Lil she wanted to know what they'd done to make the hill so steep. 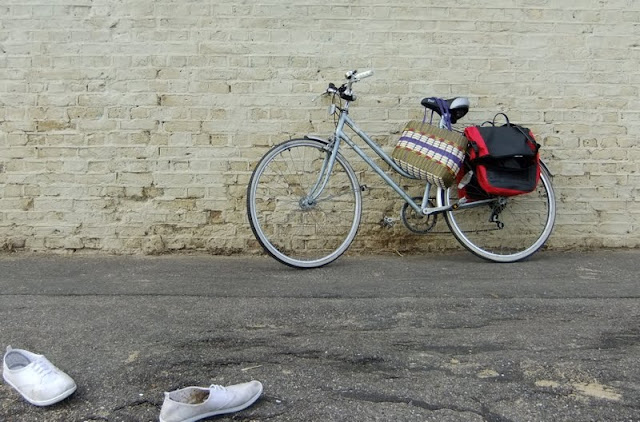 I stopped for bit at Chalkwell to test the water and look out over the estuary with its fabulous blue-grey light.  The tide was higher and everyone was squashed on to a tiny triangle of beach, reluctant to give up until the very last minute.  Hastier departures had resulted in the abandonment of beach shoes. I wondered whether you could still buy Meltonian Shoe White in a tube;  and I thought about the afternoons that we had dashed down to the station with a boy and bucket and spade to this very beach. 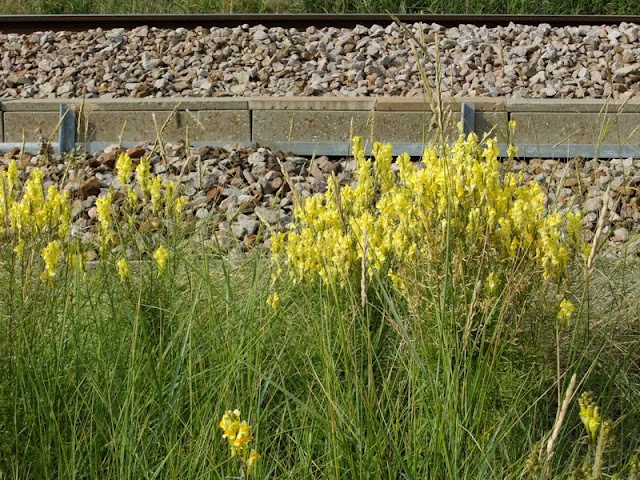 The last leg of the journey was mostly on foot, where the path runs with the water on one side and the railway on the other, not enough room for cyclists and pedestrians.  We always used to walk to the next station at Leigh on Sea to catch the train home.  Because it has ice cream, tea rooms, working boats... ... and cockle sheds where you can buy all sorts of sea food.  Then there's the Crooked Billet pub where if you are lucky you can get a window seat, an Adnams beer, and watch the world go by before you go off for your cockle tea. 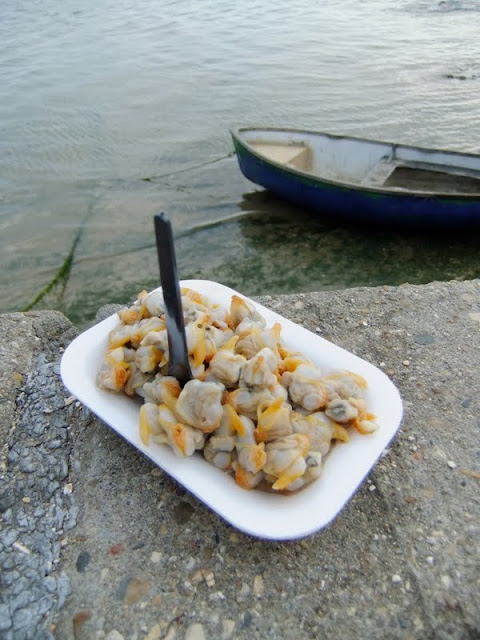 What a wonderful day out ... and such gorgeous pictures ... I can practically smell the sea! And taste the Adnams ;)

Annie - I did have a lovely afternoon, but the seaside is really the best bit. Further inland it's very built up as the area has such easy access to London.

I love digging for cockles, but not eating them! It all looks lovely.
I was just remembering the shoe-white in the tube. Years ago I left my bedroom window oopen ans hundreds of gnats got in. I attacked them with a slipper and they were squashed all over the ceiling. My Mother is something to be feared in the home decorating business and I realised i had committed a terrible sin against her white walls. Enter a tube of shoe white and Bob was really my Uncle that evening! A bit more texture than previously but She was none the wiser.
Also, am very jealous you had tea with the Tiger. Our favourite book ever...

Funny how the sea calls every now and again. I'm lucky enough to live more or less on the coast and, daft as it must sound, remember feeling claustrophobic when we were based in in the middle of the country some years ago. As for Meltonian, my cousin once made us paint stripes on our faces with it during a game. Of course, he insisted on being the only cowboy.

Ahh..... I must go down to the sea again...to the lonely sea and the sky!
Wonderful photos. thankyou!