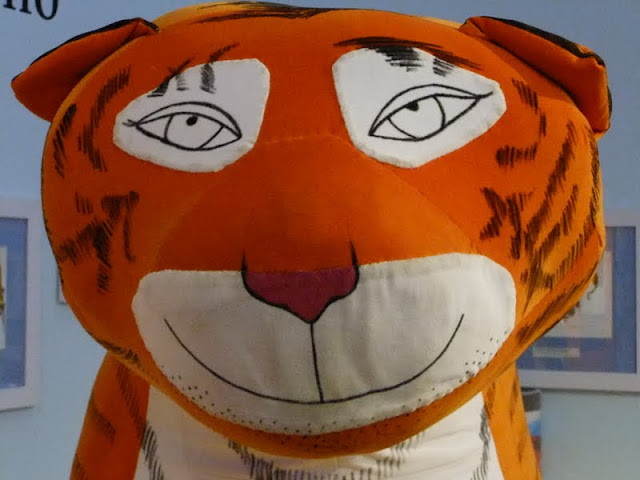 Do you ever have those days, or even weeks, when a particular image or thing keeps popping up?  It seems like coincidence, but I suspect that in the end you are just seeking out your quarry.  Thus, tigers - of all things- have loomed large over the last weeks.  It started off in Eastbourne when we were there.  Visiting the  Towner Gallery, there were some fabulous paintings by primary school children of tigers.  Then, later that day - and I wish I had asked if I could take a picture of this - a happy group of women, dressed in shalwar kameez, were walking along the prom with the most enormous fluffy tiger that I can only think they must have won at a fairground.  Later on still we stopped off at a pub - another tiger stalked us. 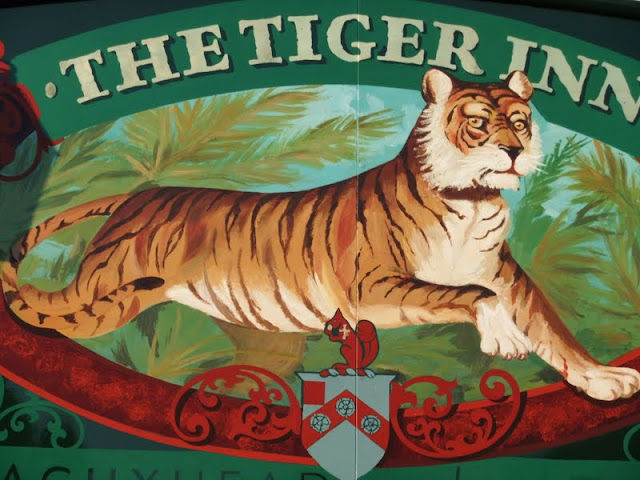 A week later, outside a charity shop,  a less happy sighting. 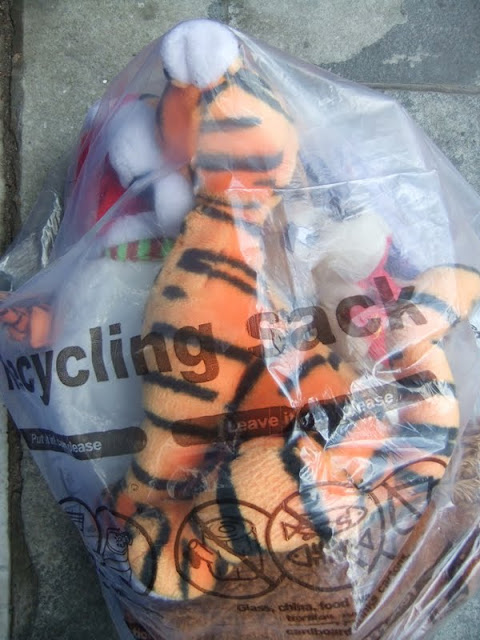 Perhaps at the back of my mind all the time was the tiger who came to tea.  You can take tea with said tiger at the Museum of Childhood in Bethnal Green if you are brave enough.  My old friend Mrs C and I went today to hear the  charming and talented Judith Kerr, author and illustrator of the the Tiger who came to Tea and the Mog stories, telling us, and about a hundred other children, small and large, about the real Mog.  She was a delight.  Dressed in shocking pink and pearls, she told us how she always felt a little sad that the real Mog never knew how famous he was.  That was until she agreed, after much badgering, to let the BBC in to film the aged 19 year old cat.  Mog had spent the last year resting in his basket, literally on his last legs.  Like the greatest stars though, he rose to the occasion, performed some of the tricks that he had become famous for in fiction, and seemed to thoroughly appreciate the attention.  It was, in effect, his swansong, but told as many of Mrs Kerr's stories with sensitivity and gentleness.  She is a woman who has learnt much from her cat.

So we joined the queue of Mog and Tiger lovers to have our books signed - a new book for Mrs C's grandson, and the thirty year old book that she had first read to his mother (I had to present this as we were rationed to one book each).  And I had a chance to tell the writer face to face how much I enjoyed her story and how it had taken me to back to my own readings of Mog to my once-boy. 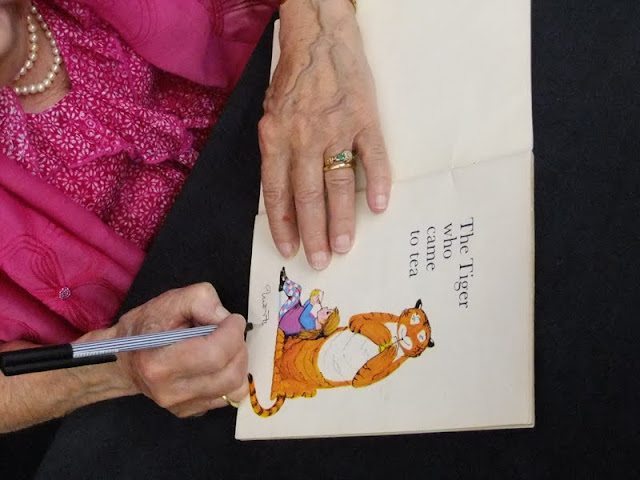 Then we went to have some tea. Real and imaginary.  Without drinking all the water in the tap. 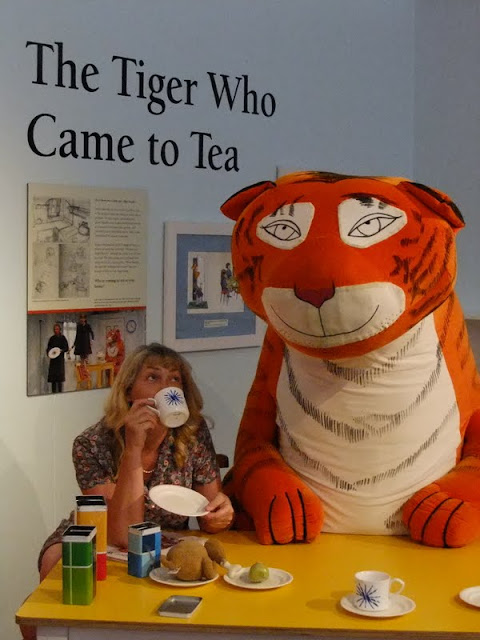 Then we cycled home.

I'm so envious that you got to go! I pinned the Museum of Childhood event to one of my Pinterest boards ages ago ... but London is such a long way from North Wales. Thank you for giving me a taste of the event ... I'd have been queuing with my own children's 20 year old copy of the book!

I want to have tea with a tiger! Nearest I've gotten is spotting one in the wild in India and visiting five rescued tigers in an animal sanctuary in Spain. (I once dreamt I had a pet one, called Vlad, but that doesn't count). As for that story, I first came across it when the Girlie was a tot. So, are you now going to see the live show?

Been enjoying your blog for a while btw :)