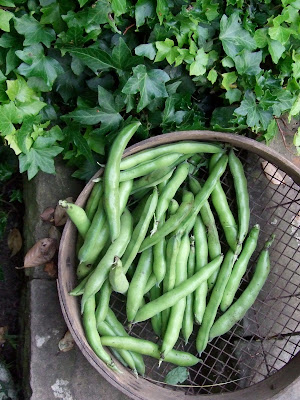 As usual, I forgot to sow my broad bean seeds in November and resorted to buying some young plants that went into the ground in March. We only bought a couple of strips which was plenty for two little blocks, one put in with the brassicas under netting, and another planted in front of the strip of garden, slightly shaded as time has gone on by next door's vine. Inevitably they succumbed to blackfly, the netted plants much less so than those out in the open.  Even so, they yielded a respectable number of pods before the blackfly won out. And they tasted delicious.

There is a little back story to the plants.  We bought them on a visit to Hadleigh Castle. At the top of the hill overlooking the castle and the estuary there is a large cafe, not particularly cosy, and the food is more 60's canteen than any modern cupcakey. emporium.  It does, however, provide stunning views across the estuary and you can understand why it was such a good position for a castle to keep an eye on invaders creeping through the marshes. The invader in this picture is John. 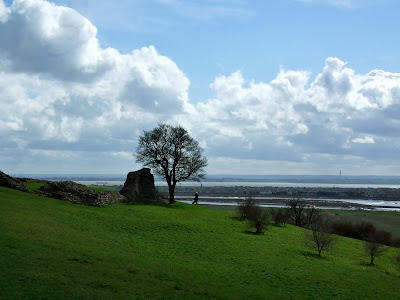 The cafe and farm are part of a settlement run by the Salvation Army and provides training and employment for people with special needs who will serve you with grace and efficiency. There is also a modest rare breeds farm).  The "colony" was first established by William Booth, founder of the Salvation Army, to fulfill his vision of providing work and skills to the poor and destitute of East London, restoring health and spirits. 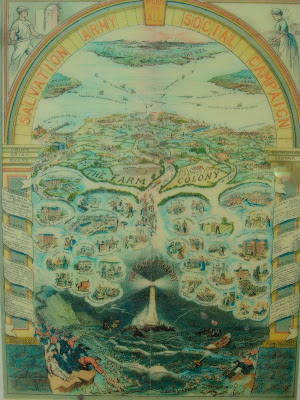 I am full of admiration for the energy of the General and his army, his belief in the restorative properties of work on the land, his vision of equality.  His legacy lasted around here for a long time - young benefit supervisors (but not this one) like me soon became familiar with the Sally Army's hostels. Whitechapel Road has not one but two statues of the General pointing the way to righteousness. 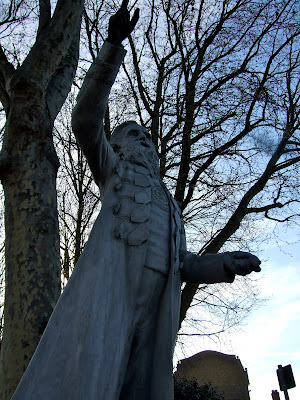 So there we are.  In a roundabout way, we have General Booth to thank for our broad beans this year.  And the bean-podder. 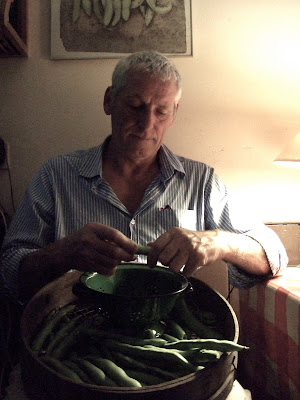 Thank you - that was really interesting, I'd never heard of that training centre before. Your beans look great - glad the podder gets a mention too!

Suitably seated beneath a picture of the same!!

I used to live in Reading and there was a Salvation Army hostel there. I used to drive home past it each evening. A picture of desperation and hope at the same time. It made a lasting impression on me.

Your post has reminded me that I do like broad beans (young 'uns) but hardly ever eat them.

I have a lot of time for the SA. There was a Citadel over the road from where I lived when I was growing up and the band used to play in the streets round about every Sunday, with us kids following them. My young cousin announced one day that he'd joined (he was about 9 at the time) and proudly showed us the trumpet he'd been given to practice with. His (staunchly Catholic) mother was not best pleased. Then as a social worker years ago, I had a lot of contact with a SA-run girls' hostel which did some great work preparing teenagers for independence.