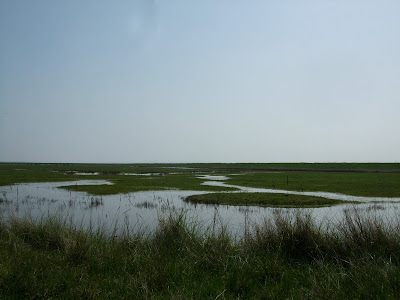 "It is true there is an ebb and flow, but the sea remains the sea." Vincent Van Gogh
I guess I've been in ebb mode for the last couple of weeks.  Life has been going on, no dramatic events, a few outings, a surfeit of asparagus, cake making, watering seedlings, lots of lovely sunshine.  I may not have been writing here, but I've been thinking about doing it.  And inevitably there are have been some fluminations ( flumen, river) - actually, I don't think there is any such a word, but there should be.

Let's start with the Van Gogh exhibition at the RA.  Visiting a major exhibition on the final weekend is not conducive to a leisurely viewing.  But even among those floods of people the intimacy of  the correspondence between the artist and his brother Theo, the little sketches and earnest handwriting, the feeling expressed in the drawings of stooping peasants working the land, the constant striving, all of these were unusually moving.  I don't think I've ever been moved to tears before in an art gallery.  Afterwards, we walked down through St James Square and on to St James Park to recover.  Guardsmen trotted past in line, the tourists were jolly, the borders bright and blowsy and even the pelicans obliged by showing off. 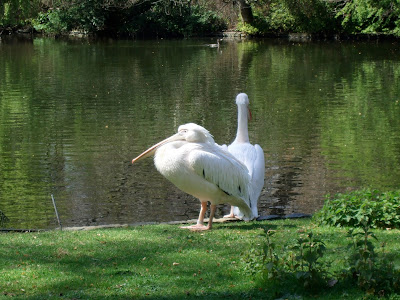 We cut through Embankment Gardens.  Groups of people were wandering through with roses in their hands to commemorate something and as it got nearer lunchtime, people settled on benches to eat their lunch.  Lurking in the shadows we found a little patch of fritillaria meleagris. 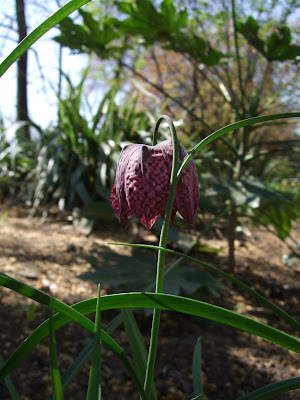 Back out in the light, we sat out on the terrace at Somerset House looking out over the river, one of my favourite places for a cup of tea.  In the courtyard, children dodged through the fountains barefoot. We descended into the cool nether regions of the building, through the rusticated stonework of the alleyways, cubby holes and cellars, spaces that would once have been washed by the river, to experience Bill Fontana's River Sounding - the slapping of water, clanking of buoys, horns and bells, familiar atavistic sounds.  It was like swimming in sound among the bricks and stones.. 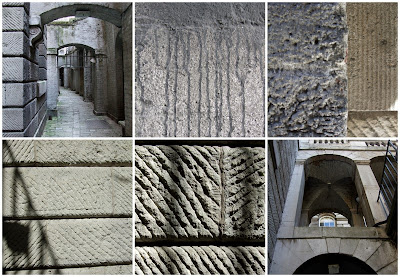 When we emerged, I discovered that I had lost my specs somewhere between St James Park and the Embankment.  We worked our way back, and back again cutting through the flow of visitors.  Lost.
Our meanderings gave us a taste for more wateriness, this time the RSPB reserve at Elmley Marshes.  On the day we visited the sky were clear and quiet after the grounding of all UK flights.  The birds were enjoying the lack of competition with their honking, singing and quacking.  We saw owls out in the daylight, avocets, bar-tailed godwits, whimbrel, snipe, egrets, lapwings, shelduck, tufted ducks, moorhens, coots, herons, wheatears, reed buntings and a yellow bunting, a marsh harrier.  The birds come really close when you drive slowly along the road so you can catch the iridescence or their plumage or the elegant curves of their bills.  It's exciting, but in a subdued, geeky way. 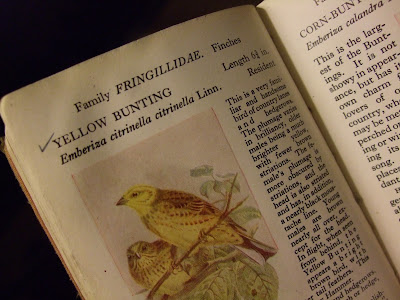 I checked John's copy of the Observer's Book of Birds when I got home.  He bought as a boy when he used to scout over the bombed ruins around the Barbican bird-spotting -you can see in it his ticks and scribbled notes of sightings.  The miniature colour illustrations,  from an earlier Victorian work, are exquisitely detailed. and easily good enough to use for identification  Best of all are the descriptions of their various calls - chirrif, titterel, peewit, tu whit and ho-hoo-hoo-ooooo.  Little stints and sandpipers, knots and dunlins, redshanks and ruffs ("an occasional double pipe: but it is not a talkative bird") - I could read this for hours, and still not be able to tell the difference without a book to help.  But I will remember the sound made by the barn owl because, like me, it screeches, hisses and snores.
at 23:39

I did so enjoy the silence without the planes.
I still have my Observers books on birds and wildlife. I used to read them all the time when I was young. We have been having a lovely yellowy/green male siskin in the garden. So bright!

What a lovely post, I so enjoyed reading it - I've got endless Gordon Brown on the radio and this was like nipping outside for a breath of fresh air.

More North Kent inspiration! Elmley sounds like a fantastic reserve, I will have to make a trip there soon to check it out, perhaps on the bike.

I've always loved van Gogh, but when I first saw his writings to Theo it gave me an even higher regard for him and his brother.when I paint I try to make it my own, but invariably it goes back to Vincents style. It's just too deep in me!

Unfortunately I missed the van Gogh exhibition but it sounds wonderful. Enjoyed reading about your day in the big city - not a bad place to be on a sunny day.

Lovely photos - and the Van Gogh sounds so wonderful. I'm deeply annoyed I missed it - my friends and I went along on the Friday afternoon and were told there was a 3 hour queue, by which time there'd only be an hour and a half left to see it. We decided not to, and didn't have the time to return. This will be a lesson to me about not leaving things to the last minute unless you have plenty of last minutes to spare, I think. So glad you enjoyed it, though.