a walk down christmas lane 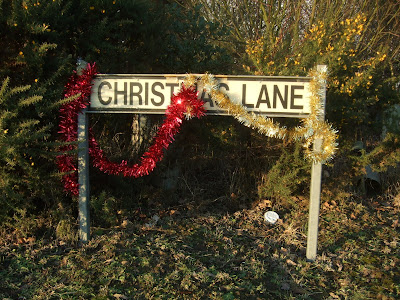 I thought that because I was not at work now, this would not feel like a holiday but, much to my surprise, and for reasons I am still pondering, these last two weeks have been one of the best holidays ever.
I had been feeling fairly lacklustre when, rather late in the day, the spirit kicked in. In a panic about the presents I did not have, I sat up into the early hours of Christmas Day making a necklace using the remnants of some green silk I have had for twenty years (instructions available in this book). And after I put on the turkey, in the glorious peace before the sun was up on Christmas Day, I sat hand sewing a handkerchief from some tana lawn (coveted after a visit to see Grayson Perry's Walthamstow Tapestry). Said hankie has already had an outing to see the football at West Ham in the pocket of my brother's overcoat. 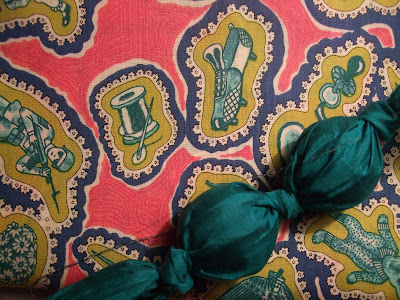 Then the holiday began. Christmas pudding for breakfast, cake and sherry for tea, cats competing for prime position nearest the fire and playing hide and seek under the tree, getting up late, feeding a cold and sleeping off the aches and sneezes in the afternoon, seeing friends and family, wearing party frocks with woolly tights, watching the Red Shoes and New Year's Eve fireworks, walking in the freezing wind by the seaside, hunting Stanley Spencer spots and checks in Cambridge and London, catching up on mending, candlelight for warmth, boiling stock and making soups, looking out for abominable snowmen. 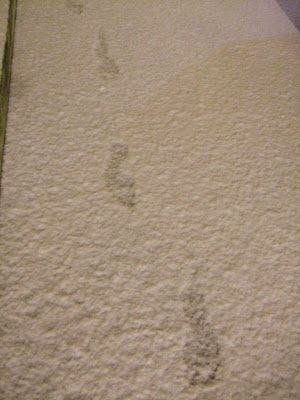 And enjoying the first glass of sloe gin while I took down the decorations today. 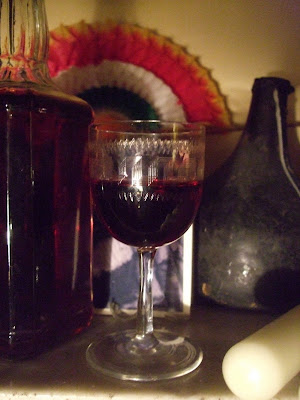 Email ThisBlogThis!Share to TwitterShare to FacebookShare to Pinterest
Labels: celebrations

Another thoughtful and though-provoking post - thank you. Hadn't realised that you too were a Stanley Spencer aficionado - if I were still in the Chilterns, we could have gone to the nearby gallery at Cookham. (Although you have probably visited already.)

I've started this year by embarking on an eight-week combined photography and writing programme, not so much a course as exploration - and it feels like a good start. All online, which is just as well, as am well and truly snowbound here on the edge of Exmoor.

Do hope you will be able to come and see it for yourself when the snow is just a memory!

Meanwhile, here's to a year of living with curiosity and creativity.

I sympathise with your sense of lacklustre in the run up to Christmas; I was not really into the spirit of things and was also hit with last-minute panic about presents I did not have. There was some last-minute making here,too!

I am glad you got into it in the end, however, as did I. Your descriptions of Christmas pudding for Breakfast and woolly tights with party frocks and making stock are evocative and joyous. I hope you have an emboldened and intrepid 2010 full of more such lovely things.

Now I'm not working I find Christmas even more special, because there's time to do it properly in the right month rather than this contrived 4 month run-up all the shops want us to go through.

Happy New Year and here's to more unexpected discoveries in 2010!

That sloe gin looks a lovely colour. We had some rather wonderful port over Christmas, very warming and cheering.

While the spirit may have been late to kick in, it sounds like the perfect Christmas holiday (well, except for the cold and sneezes!). K x

Lovely post, the book looks like it could spark some fun ideas.
Especially love the idea that there is a Christmas lane and the Sloe gin looks delicious!
(I once found out the answer to 'how do you make sloe gin when you don't have any sloes or any gin? but you do have lots of damsons and a bottle of white rum that you hate.. it made a delicious fruity damson rum)

Our Basildon plotlands sloe gin was rated a real success (I don't like the taste of alcohol except for in cooking or altar wine so I can't vouch for it myself). I'm told that using vanilla sugar really worked well. We had a memorable Christmas in that we all went down with a sickness bug on Christmas Eve so no-one ate anything on Christmas Day. But we made up for it on the 27th. As I said to my kids it is a Christmas they will remember!

If you haven't been I would really reccommend a trip to Stanley Spencer's Sandham Memorial Chapel in Hampshire. It really is breathtaking.

Lovely to hear from you all and hear your tales of Christmas and New Year hopes.

I was very excited to come across Christmas Lane, spotted from a roundabout on the A228 (I think) on an outing last week, and delighted that someone cared enough to drape the sign with tinsel.

Here's to a bold 2010! Look forward to seeing what you get up to this year.