passing the time of day:: two 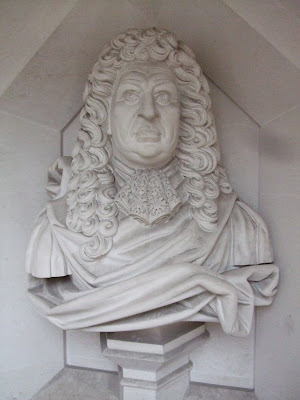 I have been enjoying the recent series of programmes on BBC 4 about diarists, the surprising choices made by the presenters, and the separate programme dedicated to Pepys. I pop in to see what he was up to every now and then and find myself consoled when I find that instead of "Up and to the office.." in his White Rabbitish style, I come across "Lay pretty long...". Even a man of Pepys energy and vigour had the seventeenth century equivalent of a duvet day now and then.
I very much admire anyone who manages to maintain a diary or, come to that, write a daily blog. John writes his diary everyday with a record of the weather, what he has planted, what's doing well, what went well. I've never quite managed to maintain that discipline, though I did keep a record in 1978 when we spent the winter on a farm in Herefordshire. The diary has a lot of weather talk, food talk, work talk, radio talk, an obsession with laundry, all the things that took precedence in the middle of nowehere where there was a long walk across the fields to post a letter or buy a bag of sweets.
This is how this week in January looked:
And so it goes on full of the trivia of living out in the sticks. Hardly Pepsyian, but funny to look back on and puzzle about some of the entries. Whatever mishaps could have happened with the tea? What was that wood for? Who was the man who gave us the pigeons?
By the way, the kettle spout was mended, it appears, on the 28th. Thank goodness for that.
at 11:19

Email ThisBlogThis!Share to TwitterShare to FacebookShare to Pinterest
Labels: memories

I've always liked the idea of keeping a diary, ever since we were given those fancy padlocked versions as kids. I think I've only managed a whole year's worth of entries in two diaries, both kept whilst I was at university (and life was much more exciting).

I've been enjoying that series too and I do love reading published diaries. (Can heartily recommend The Assassin's Cloak, an anthology of diary entries by a wealth of different writers, some famous, others less so.)

I kept a diary from when I was at primary school until I was in my twenties and then someone, who had no business to, searched for my diary, found it and read it from cover to cover. There were horrible and far-reaching consequences. I've never kept a diary of that sort since.

But I do write a journal, which is an unstructured and unplanned stream of consciousness and consists of pages of anything that happens to come into my head while I am writing . . . for the creativity, you understand.