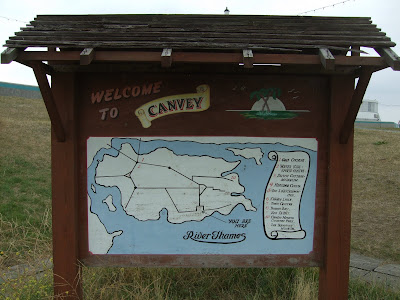 We thought it would be nice to have a walk and a cup of tea at the Labworth Cafe on Canvey Island looking across the estuary to the Isle Of Grain. Sitting at the eastern end of the Thames, they are geographical twins - flat, marshy, their sea walls offering some shelter against the risk of flooding, home to oil refineries or power stations. Up against it a bit. 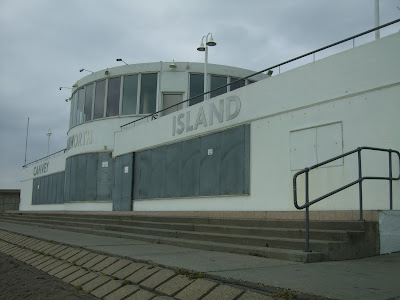 A handwritten notice taped to the boarded windows said the cafe was closed until Tuesday. Somehow it was not a surprise.
North of the sea wall, Canvey was desolate. Stones commemorating the planting of trees which have long since disappeared, half-hearted municipal landscaping, desolate amusement arcades. I doubt whether even the most dedicated guerilla gardeners would be able to bring some greenness to the place.
South of the sea wall was more uplifting... as long as you kept a watchful eye out for the dog dirt. That lovely estuarine light, some sort of succulent growing out of cracks in the wall, abstract patterns from rusty rivets and patching, evidence of hot days in the lava-like patterns on the bitumen. A little cafe selling buckets and spades, children crabbing. 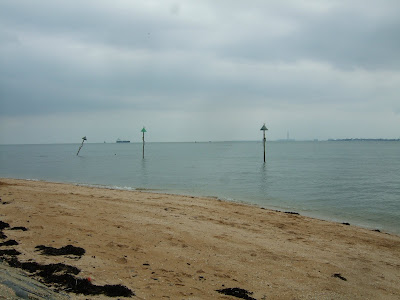 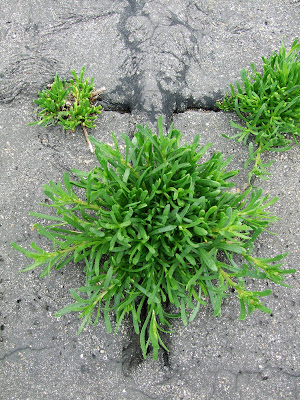 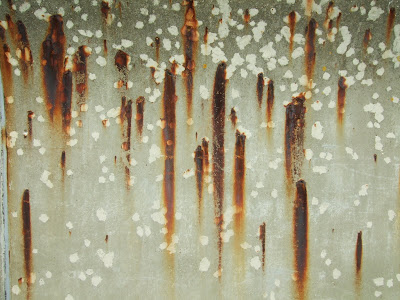 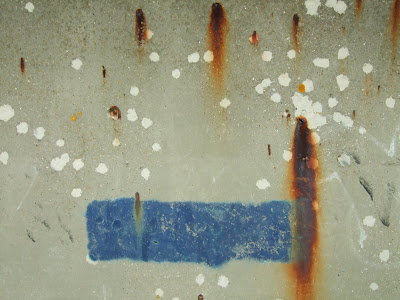 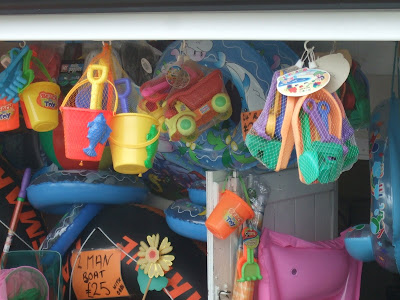 And less offensive evidence of dogs. 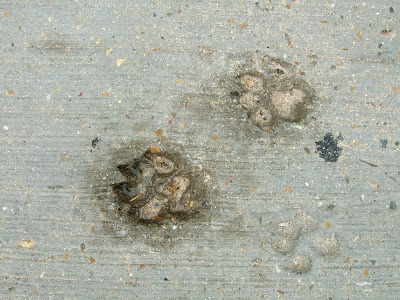 At the end of the walkway where the sea wall curved north and fisherman waited, you could follow a foot path onto the marshes. 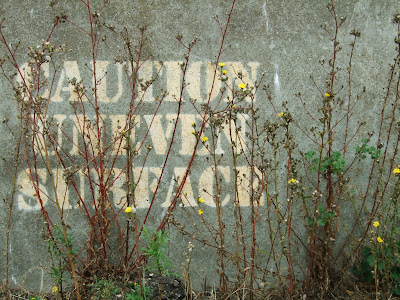 We found herons and egrets against the backdrop of the high rises of Southend to the east. Then the footpath disappeared into the rising tide. 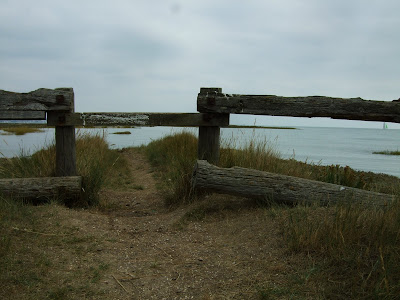 We'd been hoping to bring home a couple of bags of seaweed, but the tide was even higher on the way back and we could not wait for it to go out again. 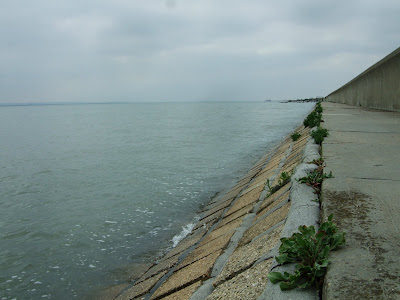 Poor Canvey. I don't mind a bit of decay, actually I like it, but it seemed very unloved. Maybe it's never recovered from the 1953 floods when 58 people drowned, the beginning of the end of its reign as a seaside resort. Maybe it's brighter in the summer. Or maybe people don't mind that nobody minds. 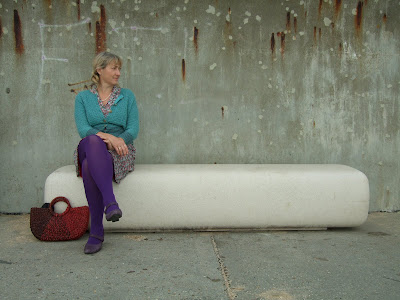 At least the stylish benches provided some respite before we moved on to St Margaret's at Bowers Gifford to visit the woodpeckers, pick some sloes and cut some ivy.
at 00:27

I so admire your ability to see and capture beauty in even the most desolate-seeming places. Perhaps you could suggest Canvey as the next guerilla gardening site? K x

I've just come over to thank you for Following and commenting and for a proper catch up.

Two years ago I faced what you're now facing (without the financial cushion) and it's been the best of times. Of course moving from the familiar (no matter how good or bad it is) is uncomfortable, I think we're programmed to find chane hard. However, not to make that change and then look back with regret later is even harder.

Good lucj and I'm sure the flow will find something wonderful for you.

I also have to say you have an wonderful knack of what most people would find plain ugly, like Canvey Island, a thing of beauty. It reminds me of some of the work by the photographer Martin Parr.

I also chuckled at your sloe story and thanks for telling us more about your son's painting - I'd often wondered about it when looking at your sidebar.

BTW Green Lane Allotments have left a comment for you over at mine today. Here's what they said:

Colleen - if you email me from the Green lane Website I can add you to our list of victims. DOW does visit so will be made aware of your experiences.

You're a very talented photographer, loved your pics :)

I remember a friend holidaying on Canvey Island- she played bingo most of the time and became quite addicted to it!
Love the pictures.

You do take the most amazing photographs. And you're very photogenic. (Love those tights).