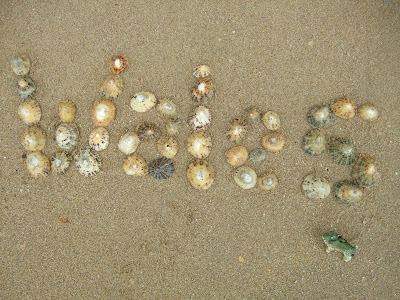 My friend has been visiting from Australia and he wanted to visit another European country, one he had not seen before. We settled on Wales. It entailed a fair amount of driving and dashing about to satiate his bean-counter's instinct to tick off as much of the rough guide as we could in three days.
It's a long time since I have been to Wales and I was taken aback by how very green it was. As soon as you reach Monmouthshire, the colours and shape of the countryside hit you - black cattle and white sheep sharp against the backdrop of small, walled fields. As you move further away from the borders, you become much more conscious that this really is another country, the language, geography, history, people. We had muggy showers and early autumn sun,
stretches of beach,and cliff paths, and piers... 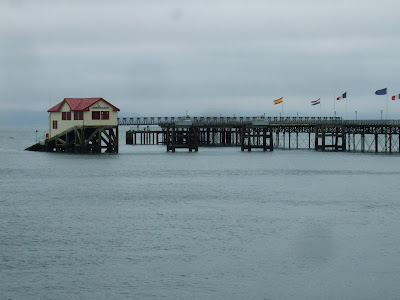 lakes and drowned valleys where people made their own electricity. 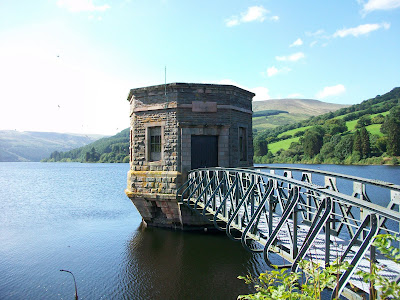 We negotiated. We would not do the Dylan Thomas thing but he could visit one more castle ... 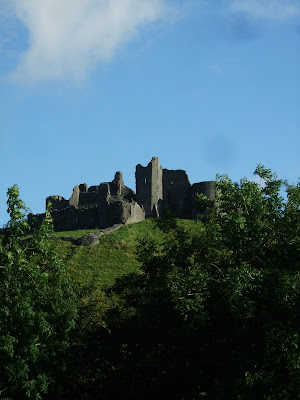 ...as long as I could visit the National Botanical Gardens. 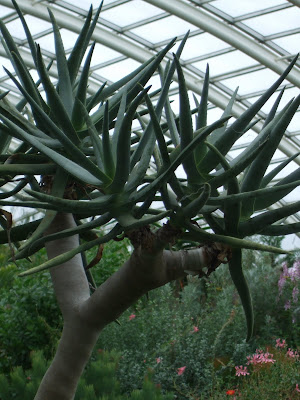 We argued - why did the English use so many complicated words when more simple ones would do? (This about the word crag!) We agreed that one Welsh Breakfast is the equivalent of only half a full English. We burnt rubber (actually I did) when I started to roll backwards up a 20 degree incline when I was distracted by the sheep in the rock salt bins. 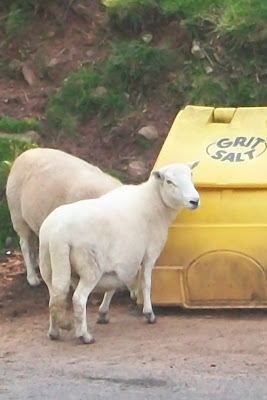 We congratulated ourselves on walking up Table Mountain. 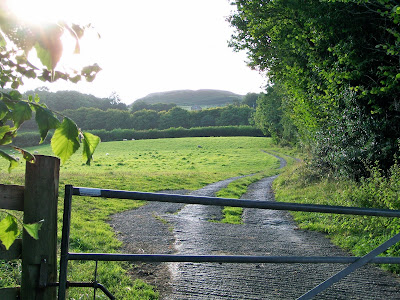 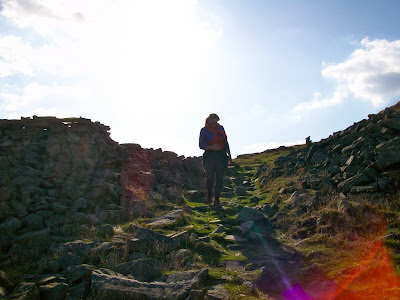 I think - and it's hard to tell with my friend - that he had a good time. I guess I won't see him again for a few years. By which time I hope to have recovered.
at 16:17

Love your photographs. At least your friend visited another country without having to use his passport. I'm impressed with your mountain walk. I'd have been on my knees in that last picture.

Actually I had to stop several times to allow my heart rate to return to a more respectable level because of the steepness. I think more cardio-vascular exercise is now in order.

Sounds like an amazing (and quite full-on!) visit. I'm very embarrassed to admit I've never been to Wales... K x

I loved this post. The narrative of the visiting friend is so familiar. But crag? *Crag*?! We have such a wonderfully descriptive, varied and precise mountain vocabulary - next time your pal needs to come to Scotland, where he shall be bamboozled with gullies, bealachs, and aretes.