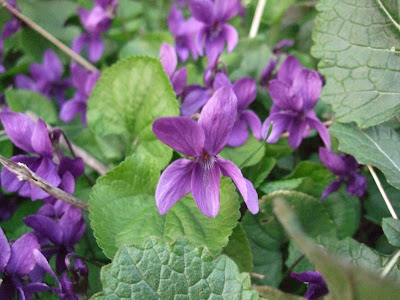 If you have been following this blog for a while, you may remember the lovely bank of alexanders on a slice of waste ground on Cable Street that appeared on my banner and my dismay when they were all cut down. Well, guess what. On that scrubby debris, a whole bank of violets has appeared growing amid vetches and grasses and sticky bud. 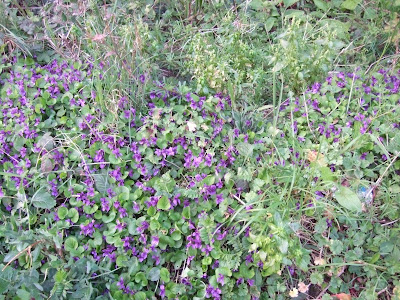 It was John who first found them when he was on a hunt for discarded pieces of York stone to make our allotment path . This is an activity verging on obsession, let me tell you, but one which is often fruitful, or flowerful in this case. There is alkanet too among the rubble, thriving in the limey soil. 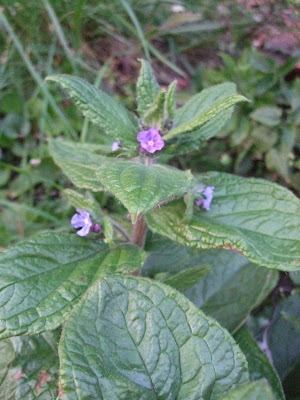 And alexanders to sustain us through to Easter. 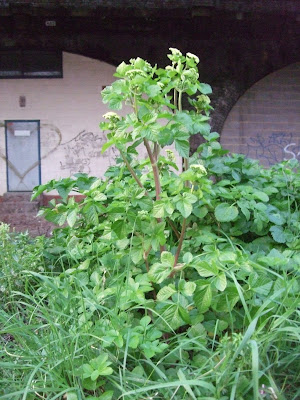 Down the road, the peeping fig has disappeared, just like the bike. But good things happen too.
at 09:15