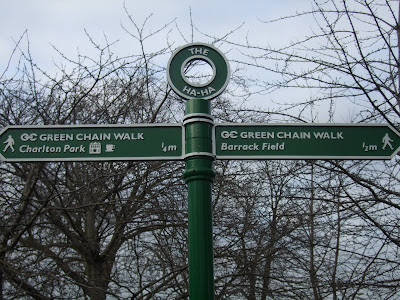 You know that "because it was there" thing that inspires explorers and mountaineers? That must be why we decided to take the DLR to Woolwich Arsenal, the new end of the line on the "other side of the water". That's the same Woolwich Arsenal where the football team was born, the team that plays at Highbury. Not to be confused with Millwall, who play at the Den in South London, not at Millwall on the Isle of Dogs. Or Leyton Orient which is anything but oriental.

I digress. We wanted to walk to Charlton House, past the Artillery Museum in the Rotunda, (we skipped it - I've done my time there already) and on through Ha-Ha Road. Actually, I think that's what I really wanted to see. Not so much the Ha- Ha (which was a bit dull, even by my standards) ... 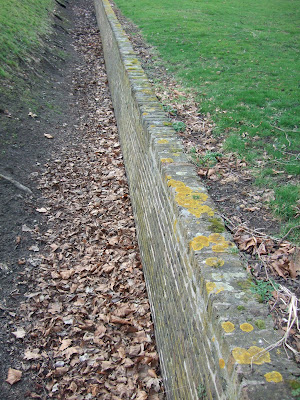 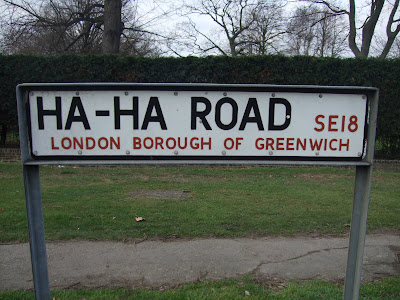 Charlton House was a gem. Not just for its bricks and chimneys and arches, but the green men, and gardens and, in part of the house, what must be the most civilised local public library in London. 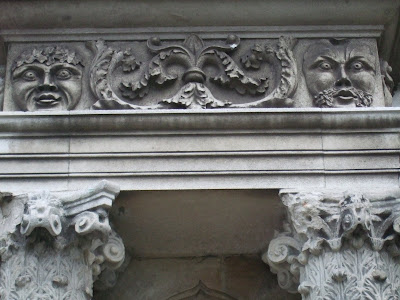 In the grounds you can see the first mulberry tree planted by order of James I in 1608. Poor old tree -the wrong kind of mulberry for feeding silkworms - propped up and spiked by railings, it looked painfully old and gnarled. 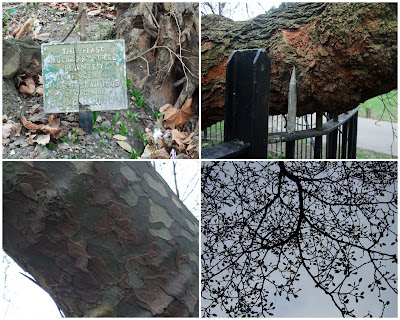 Unlike the plane trees on Barracks Field, clothed in sympathetic camouflage, or the feathery magnolias in Greenwich Park.

Pepys used to walk from Woolwich to Greenwich." Funny, that.
at 18:14

Thanks for this. We've been looking for a reason to take the DLR extension and now we have one. We are also looking forward to getting to the Docklands Festival Woolwich activities (usually some spectacular French street theatre/circus event) this year by this new convenient route. We too have served our time at the noisy museum! I remember one of our small children hiding under the table in the cafe as artillery bangs rang out.
Best wishes, Joan

Joan
Exciting little tunnel! And you go past the giant Golden Syrup tin and Barrier Park. Just a word of warning. Some parts of Charlton House are closed to the public, though I think it participates in Open House (19.20 September this year). We took the bus from there to Blackheath and walked down thorugh Greenwich Park via Maze Hill to get the DLR home.