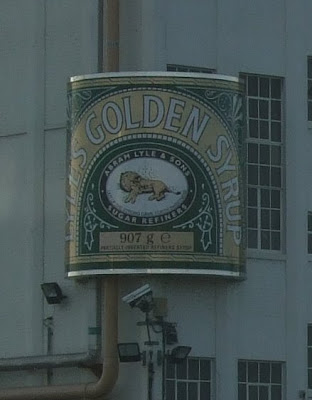 Our holiday outings took us to the Orient. Well, east of here anyway, following the Docklands Light Railway to West Silvertown, Pontoon Dock and North Woolwich. I was on a quest to find this giant tin at Tate and Lyle's. John had seen it from the train and I've been desperate to see it for myself ever since. This building looks to be mid 20th centuty but there is another factory down the road - big chimneys, smoke, the lot. Apparently Tate and Lyle still make their golden syrup at the original Silvertown factory.

The whole area here is one of transition, a mix of late Victorian terraced housing and modern buildings in what appear to be remote settings amid the bright shiny newness of the DLR and the vestiges of the North London line to Woolwich. I was on a bit of a henge kick and was interested in the contrast between the bollards here beneath the railway, presumably to stop travellers parking on the empty land ... 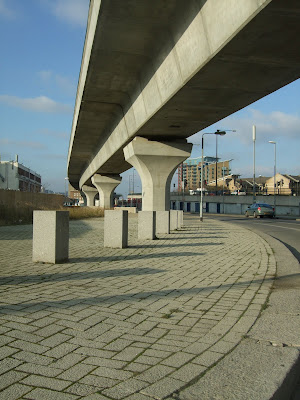 ...and, just next to it, an overgrown roundabout at the entrance to the T&L factory with the usual detritus, including abandoned boots,and another henge of beautiful stones which looked like they had been left over from the gates of the docks which would have been here. 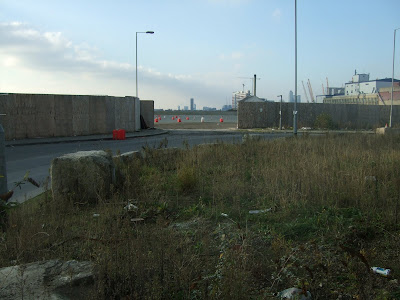 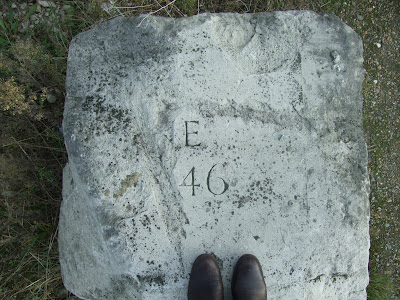 And, surprisingly, a solitary marigold flowering. 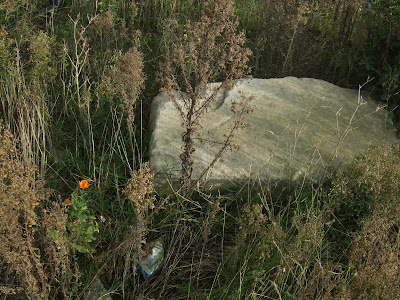 There's more to show from the outing - it really was full of riches. But let me just leave you with this from our breakfast table, John's morning treat to go on his porridge. It explains the quest. 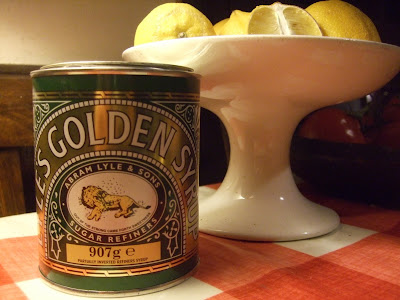 That huge tin is amazing! I've never seen it, but then that has never been my area of London. Thanks for showing it!

What an amazing personal quest. It makes me want to hunt down the giant golden syrup tin myself.

A very similar photo to yours is in Heston Blumenthal's 'search for perfection.' He writes about tate and lyle's golden syrup in there...

It truly is a British Institution.