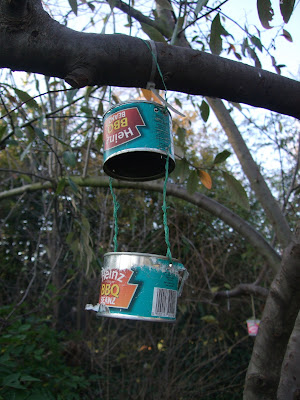 Even though I am struggling to recover from the excesses of the last couple of weeks, my mind has been occupied with beans. Purejuice left a comment on my very first post, a post which had ended with an accolade to the MudchuteFarmhouse Breakfast. What is it with us and our beans, she asked. Well, what is it?

Some would argue that the perfect marriage is between beans and toast while others suggest that that the real love affair is between beans and bacon or pork. I had thought that the pork and beans affair was American, but Dorothy Hartley in her 1954 book Food in England quotes a 14th century recipe for beans and bacon "Take benes and drye hem in an oven and grynde hom and winnow oute the hulles, and take and wash hom clene and do hom in a pot and seth hom and hereto gode broth and ete hom wyth bacon." Exactly.

Beans have attracted plenty of praise, with the government even deciding in the face of medical opposition that they can make up part of our five a day - well, we do have considerably less sugar in our tins of beans than in the US. Even as far back as the great war, people were encouraged to eat them- this little film used Canadian lumberjacks as a role model of healthy eating for their consumption of pork and beans (love that beany message in the middle). I'm sure that there must have been similar messages during the second world war and if I could get to my copy of Bombers and Mash in the cellar I might be able to check.

Perhaps I should explain the picture. I was thinking about all of this when I walked round the park and there in a secluded garden, which no doubt brigades of elderly bird lovers visit, I came across these old bean tins being used to feed the birds. Surely we don't feed our birds baked beans too!

I might get round to making some pork and beans of my own (pictured on the front of this book) when my appetite returns. Or we might just argue the toss about whether to carry on with the tinned beans or my son's latest retro-passion, tinned spaghetti (a desire inspired by a glimpse of Felix's poster).

So, have I answered the conundrum? Not sure. Are beans just in our blood? Do genes mean beans? Discuss.

PS Have just remembered that traditionally Twelfth Night Cake has a bean in it and whoever gets it in their slice is king or queen for the day. Suggest you improvise tomorrow.
at 22:42

I was a late developer and didn't much like beans as a child. I like them now though. I like them with a full English breakfast.

thank you. beans for breakfast it is.
and thank you for the reccie on jocasta innes, a copy of which i've just obtained and am looking forward to reading in bed tonight.