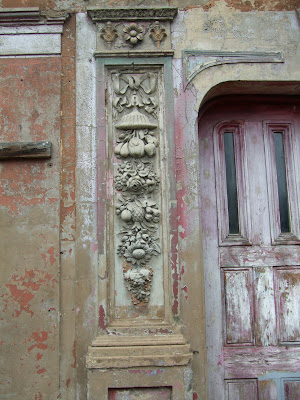 I've been picking stone roses and flowers for a few weeks now. It started in a church in Cambridge and since then I've been surprised at quite how many of them are around. The doorway of Wilton's Music Hall is my favourite with its swags of exotic fruits and flowers.

Those roses have seen a few changes over the years - Music Hall, Mahogany Bar, Seaman's Club, Rag Sorters, hidden away behind Cable Street. When my mum and I stopped by the other day, she talked about the dairy round the corner where she and her sisters used to peek in to see the cows being milked. She said the cows used to be allowed out for a walk out for some fresh air across the street. Hard to imagine now. 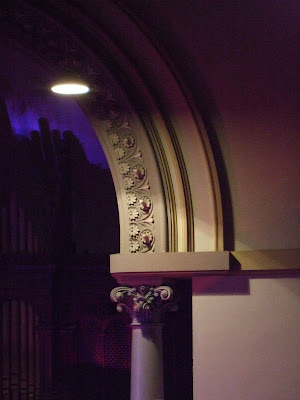 These roses are in Hackney where we went to see this... 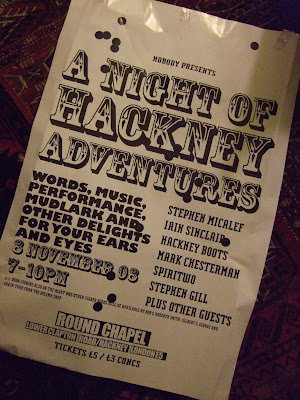 The Round Chapel, once a home of dissension, masquerades as a music hallis and is now used for all sorts of diverse entertainment, . It was here we saw the beautiful medieval badges that the mudlarks had found, admired Stephen Gill's Hackney Flowers and heard from Iain Sinclair about his rose red empire. 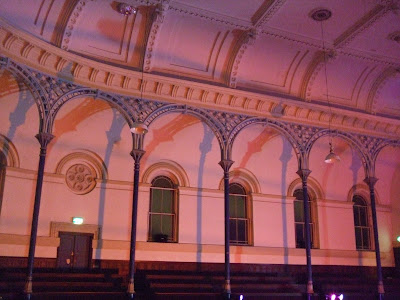 And just round the corner, when I looked up on my way to the station one day last week, above the rather grand gate of the local girl's school, a modest little swag. 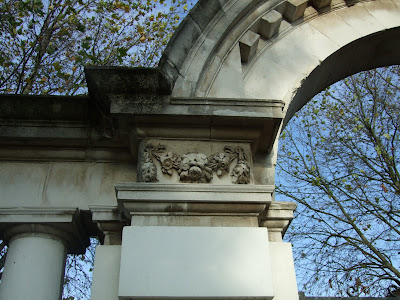 Just to take my mind off of the leaves on the pavement.
at 18:55

Delightful post and photos - as always! My great-grandmother was born in Hackney (just off Goldsmiths' Row), in 1854, and grew up there. She died a good many years before I was born but I'd love to have met her and heard her reminiscences of Victorian Hackney.