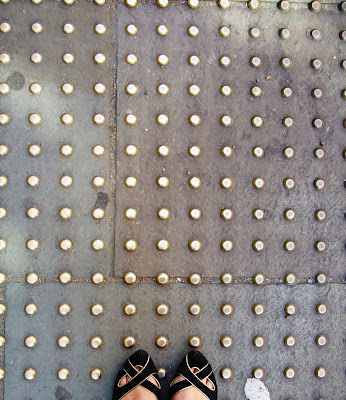 Sometimes it's hard to untangle all the pictures and ideas that come together in a single week. Take last week. On Tuesday, we went along to an open evening at the archaeological dig in Prescot Street (read about the evening and the leaden goat here). As a child I would walk past what was then a bombed ruin and was always rather curious - do I remember looking down into the cellars or am I just remembering pictures I have seen? Whatever.

Beneath the cellars is another layer of history - a large Roman cemetery which stood to the east of the old City walls. It's astonishing how far below current ground level the graves are. All that dirt and dust and detritus building up over the years. Roman orderliness was still apparent, the unearthed graves aligned east- west or north- south, just like the roads. The archaeologists showed us how they too divided the site into grids to document their finds in a structured way, to build up a picture of what was going on referring back to old maps to track changes.

Oh, those grids. I've been obsessed by them all week. I came home and asked John to hunt out the catalogue of an exhibition we saw a few years ago of the work of Linda Karshan. She draws lines and grids, counting out the time between moving her crayon or pen and turning it 90 degrees after a count of 2 or4 or 6 or 8. I remember finding the works satisfyingly soothing. So all week - my visit to Cambridge on Friday, Open House in London on Saturday, the seaside on Sunday, I have been on the look out for grids. On the street. On windows. 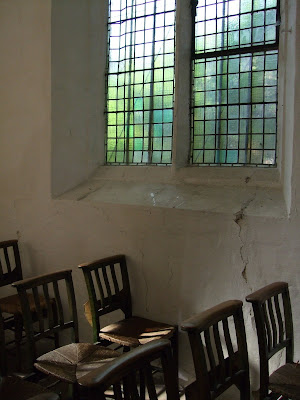 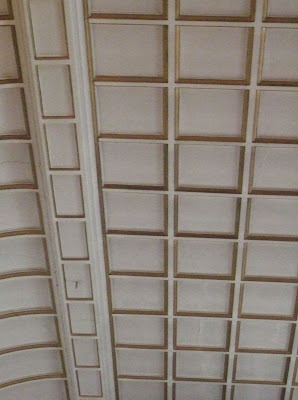 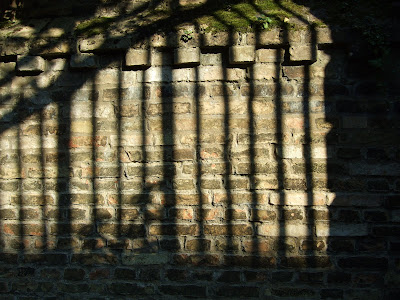 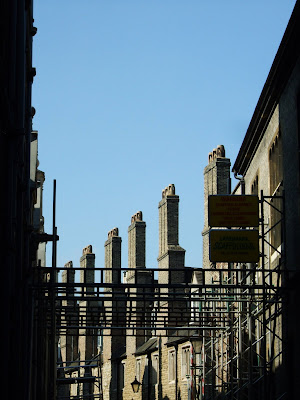 I suspect I must have been craving the orderliness, rhythm and space. Even so, I'd better stop now while there's still time.
at 15:17

Wonderful images - as always. I'll be looking at all the old church windows that abound here in the South West, with a new eye.