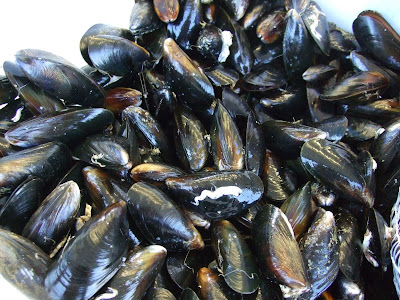 Every now and then I have to get down to the sea. The call might manifest itself by something as simple as a salty scent or paddling in the bath. Sometimes it happens when I'm standing at the fish stall and get the urge to stick my nose into a basket of Mr Downey's oysters or mussels. (He is very tolerant and indulges me because I am one of his better customers. ) But there is only one cure, to get down there, and quickly, while the sun is still warm enough to leave your cheeks slightly scorched and the stones on the beach have just enough heat in them to massage your back. 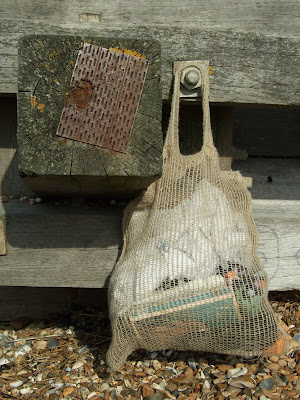 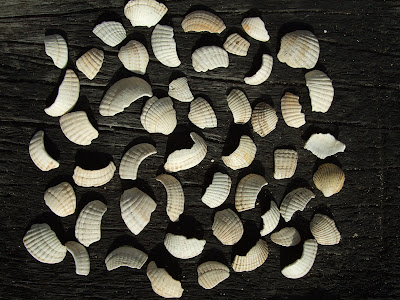 and pavements and paths (I lust after cockle shell paths for my allotment). 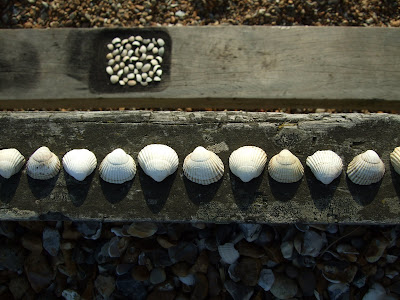 You can sneak along the alleys and peep into backyards. 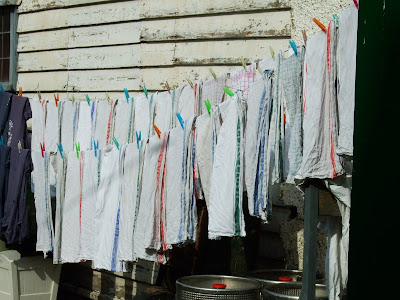 Have lunch and a cup of coffee in your favourite cafe. 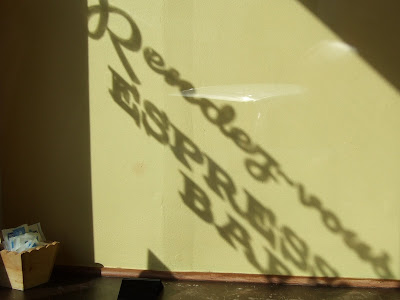 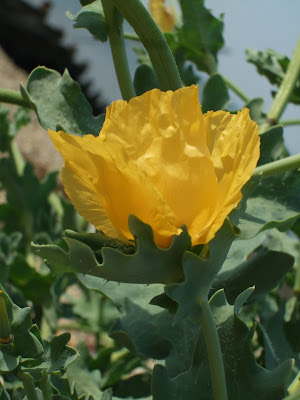 and collect seaweed for your asparagus without drawing too much attention to yourself. 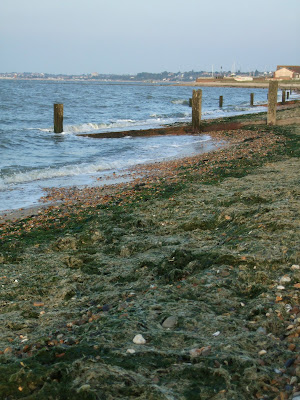 And taste the sea again when you get home. 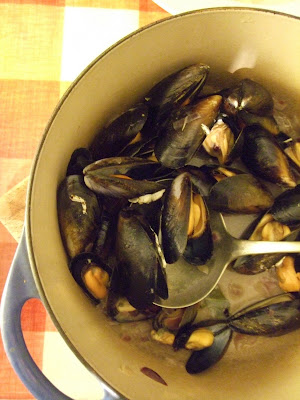 No need to say anything clever really, is there?
at 22:37

I love the photos you took on this post! Looks like you had a great day out. Did you gather the mussels yourself? I love how you framed all your shots and the muted, beautiful colours you focussed on.

thank you for taking me along on your lovely trip. I believe I can taste the salt... :)

I love cockleshell paths(or clamshell- take what you can get)