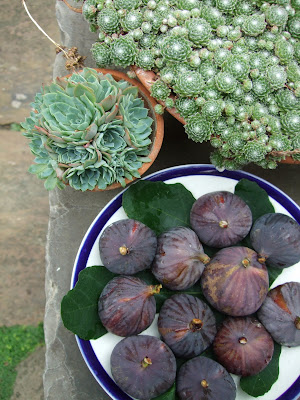 I’ve thought for a while now that the forbidden fruit, albeit metaphorical, must have been a fig rather than an apple. Figs are so delectable; so soft and yielding when they're ripe with that sensuous first bite. I was in my twenties when I first tasted a fig – from this tree in – on a walk home one evening. I don’t think I had even seen one before and I fell in love there and then (with figs rather than the tempting serpent). I look forward each year to the first ones arriving, first at the market,then later, on the local trees. 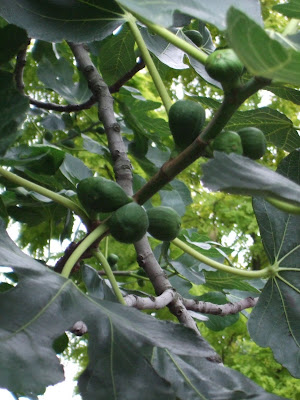 We have a fig tree in our garden, planted when we moved in to the house years ago and, even though the roots are restricted according to all the best advice from fig experts, it is now a pretty substantial tree. It is not prolific. Some years we have no fruit at all, but at the end of a fair summer it will give us plenty of figs for breakfast and puddings, especially if we make a special effort to reach the ones at the tips of the branches before the birds or squirrels. 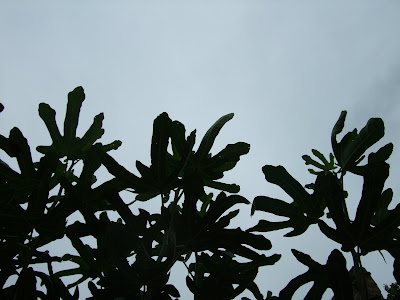 That early discovery of figs, eaten in a London square, has left me with a bit of a fixation. I look out for fig trees all the time. There are more around than you might expect – a young one planted in the mews at the back of Peary Place in Bethnal green, one around the corner from here peeping over the garden wall, next to the cycle path on Cable Street, creeping through the fence. 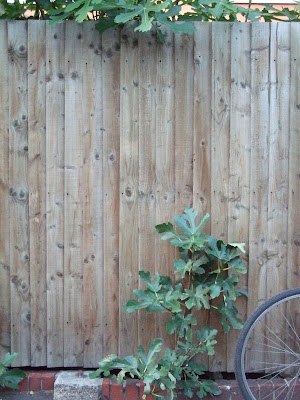 Sometimes my orphan fig trees disappear. A lovely one went recently from the perimeter of St Dunstan’s Churchyard to make way for a children’s playground, just at the end of this turn in the road. 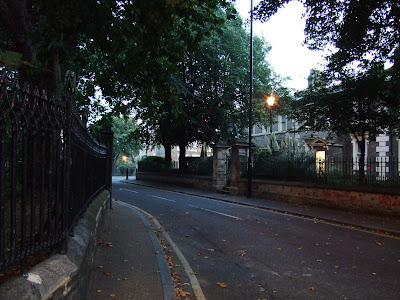 But perhaps the one that I’ll miss most, already do, is Hassan’s fig tree on the original allotments site. That Brown Turkey fig tree was magnificent. The fruit ripened early in the year, just as the asparagus was coming to an end, end June, early July. I'm not a great one for oohing and aahing but those ripe figs eaten on a warm day were just paradisiacal.

I'll make do with what I've got for now. But I’ve planted a small fig tree at the Mudchute plot for the future. It’s a tiny wee thing, and a little overwhelmed by the dahlias at the moment. I think it'll survive. 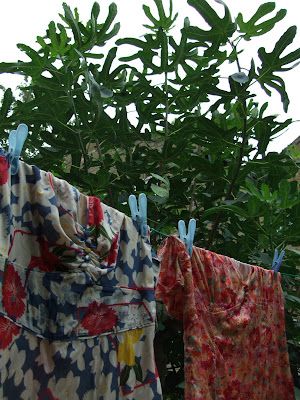